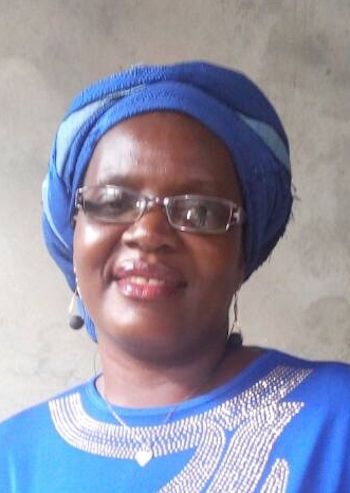 Summary: Aminata Massaquoi is a radio broadcaster and Station Manager of Freetown, Sierra Leone’s Culture Radio. She’s a strong advocate for reporting issues that affect her fellow citizens and for telling the truth regardless of who stands in her way. She’s risked her life reporting on violent elections in Liberia and on the Ebola disease in Sierra Leone. She’s been hauled into court and threatened by local government officials. Still, she persists on going wherever the news takes her.

Profile: Being a journalist in Sierra Leone is more than just finding news stories and reporting them. Sometimes it’s challenging government officials; other times it’s resisting harassment from people you disagree with; still other times it’s risking your life by ferreting out issues that affect your fellow citizens.

Aminata Finda Massaquoi, the Station Manager of Freetown’s Culture Radio, is a prime example of what it means to be a journalist in Sierra Leone.

Massaquoi was an “activist journalist” back in college, where she advocated for students’ welfare. “Activism,” she says, “has always been part of me. Standing up for others occupies a special place in my heart.”

She joined Culture Radio in 2010, hosting a program called “Women’s Corner,” which championed issues affecting women, such as domestic violence and rape. Massaquoi learned a lot about journalism at the radio station, and soon she became proficient in not only reporting but also anchoring, producing, and composing commentaries.

From that point on, nothing seemed to stand in Massaquoi’s way to report the news, regardless of the animosities her work might engender. In 2012 she visited Liberia to monitor the elections. The campaigns became violent, and many of Aminata’s colleagues retreated to Sierra Leone. Massaquoi’s response: “I decided to stay on and be able to report the truth.”

Two years later, the Ebola disease crisis was front and center, and Massaquoi faced tight restrictions on her reporting, particularly when she visited Ebola-infested communities or treatment centers. She saw it as her duty to provide accurate, unbiased information on how to stay healthy, but that may not have worked for Massaquoi herself. She developed a fever and subsequently agreed to be quarantined, away from her family; it turned out, though, that Massaquoi had malaria, not Ebola, and she recovered.

Married with three children, Massaquoi is constantly concerned about her safety and that of her family. She has been taken to court because of her reporting—she was exonerated—and in 2016 was threatened by a local Minister for her expose on land-grabbing. Such is the plight of journalists in Sierra Leone; the government does not consistently support them.

Massaquoi is resistant, defining what she believes is her calling: “I provide voice for the voiceless, thus assisting toward making Sierra Leone a better place for all to thrive devoid of any prejudice. This hasn’t been an easy task, as I have been threatened, intimidated, and verbally attacked on several occasions.”

And what is the goal of all this reporting of the truth, all this resistance to threats and intimidation, all this advocacy for her fellow citizens? What does Massaquoi see as the end result of her work?

“My dream,” she says, “is to realize a peaceful, media-friendly and better Sierra Leone, where freedom of the press and expression as enshrined in the country’s 1991 Constitution is recognized by the state, and I will not be cowed, intimidated, or suppressed to stop doing my work.”