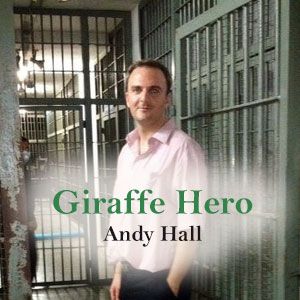 That story applies multifold to Andy Hall. He’s the courageous person, and Thailand’s Natural Fruit Company is the company that’s doing something harmful. The difference between Hall’s case and most other whistleblowers’ is that he faces imprisonment in Thailand.

In 2012, Hall was working on a project for Finnwatch, a Finnish group that focuses on corporate responsibility around the world. The project was called “Cheap Has a High Price,” and one of the companies Hall investigated—at random—was the Natural Fruit Company. The company produces pineapple products for global markets, including markets in Finland; its owner is the president of the Thai Pineapple Industry Assocation—TPIA—which represents dozens of Thai companies. Companies are required to become members of TPIA in order to export their goods.

Never mind that Hall as well as Finnwatch asked Natural Fruit several times to comment on the report and work together to resolve the issues. Never mind that Natural Fruit refused each time. Never mind that Thai authorities tried to get Hall to sign a document—written in the Thai language—to plead guilty to all the charges (Hall, born in Great Britain, is fluent and literate in the Thai language and refused to sign). Hall faces up to seven years in prison on each count in addition to almost $15 million in fines for “damages."

Individuals and organizations have supported Hall. More than a quarter of a million Emails have protested his arrest. Over 100 international groups have demanded that Natural Fruit drop all charges against him. One group that has not supported him is global fruit conglomerate Dole. Dole is an influential member of the TPIA but has remained silent on the case.

Steve Cotton, the acting general secretary of the International Transport Workers’ Federation, aptly summarizes Hall’s plight: “Andy Hall’s investigations into the fruit and fish industries in Thailand helped expose shocking abuses there to a worldwide audience. He should be praised, not prosecuted.”