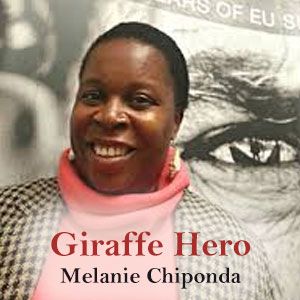 Everyone was kicked out of the diamond fields leaving the army and a few powerful politicians with the assistance of Chinese companies to be in charge of mining operations.

However, all these threats did not deter one lady, Mellanie Chiponda to stand up and demand justice and transparency with regards to the mining of the precious stone. As a native of the diamond rich area Melanie got concerned with the gross human rights abuses that characterized the mining operations. According to her own testimony, she went on to quit her government job at the Registrar General’s offices to concentrate on fighting for the rights of the people.

“I was working in the government in the Registrar General’s office and at one time I was warned to desist from talking of the diamond issue to the press. I then decided to quit as a result and began advocacy work for the people who were being abused,” said Melanie.

After quitting her job in government she went on to set up a trust, the Chiadzwa Community Development Trust(CCDT) in 2009 with the sole purpose of advocating for the benefit of the people of Marange of the diamond riches as well as calling of the state to remove the army from the mining fields.

“At one moment we were arrested by the police for our activities that included calling the government to remove soldiers from the mining area,” she added.

Melanie added that since the formation of the trust they have managed to compel mining companies to construct houses as well as schools for villagers that have been moved off from their ancestral land to pave way for mining operations.

Again the Trust has been calling for the government to remove the “Diamond base” that is stationed Chiadzwa and is manned by military officers.

“We are very much concerned with this base because it is housed in a civilian area. This instills fear amongst the rural populace and we have been recording reports of beatings by the soldiers,” said Melanie.

Despite all the risks that she faces whilst defending the people Melanie said that she will not quit.

“I’m not afraid of the risks that arise from my work and am determined in continuing to advocate for the rights of my people. I have to stand up and be a voice of the women and children who have to benefit from our natural resources, “she concluded.