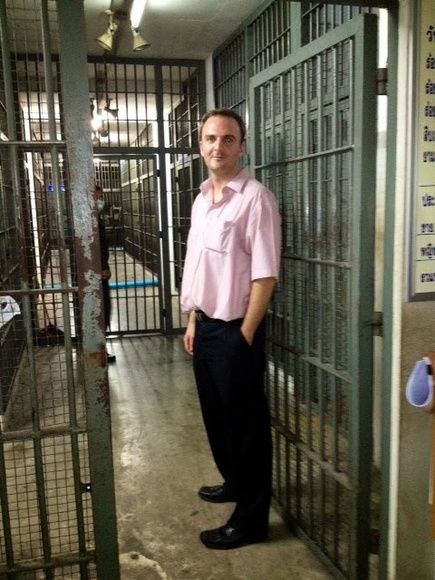 A Brit in Thailand

Andy Hall, a Brit, works for Finnwatch, a world-wide nonprofit that spots human abuses around the world and works to stop them. When Hall called out Thailand's National Fruit Company for the way it treats its workers, he asked to work with them on improving their operations. The company needed to stop using child labor, taking away foreign workers' passports, and ignoring Thai laws that give workers paid sick days and leave. The company was not interested. Instead they brought a lawsuit against Hall that's going to court soon. In Bangkok. The company's asking millions in "damages" and seven years in prison for each of six "offenses" Hall is charged with. His attorneys are working hard to keep him from being held in this Thai prison for decades.