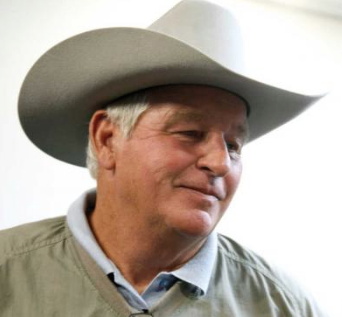 Guy showed up on Randy Thompson's Nebraska ranch one day, and asked him if he'd consider letting a new oil pipeline come across his land. Thompson said he'd think about it. He started researching oil pipelines and the Canadian corporation behind this one and his answer was not just "No" but "Go to hell."

His family's worked their land a long time and it's precious to them; there was no way good stewards of land and water could let those resources be endangered by the toxic stuff that would be coming through that pipeline. The oil company offered money, more money, and then threats that they'd just take the land via eminent domain.

Thompson got years of menacing calls and mail from the corporation, and no help from elected officials in Nebraska who've chosen to side with the foreign oil company. And then there are the farmers and ranchers who just want the money and wish Thompson would shut up so the line can come through.

No matter what the corporation has offered, promised or threatened, Thompson has held his ground, giving up the joy he has in working quietly on his land to lobby officials, give speeches, talk to other landowners and to media. This longtime conservative, a deeply private man, has become the public face and voice of a state-wide "I stand with Randy" campaign.

Anyone who thought Thompson would stand down when the proposed route of the new line was moved away from his land greatly underestimated Randy Thompson. He's gone right on, championing the careful, caring farmers and ranchers whose lands are still threatened.