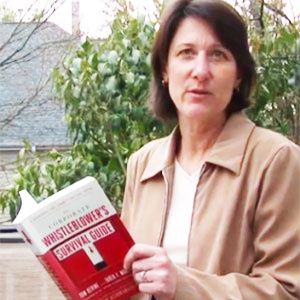 Mary Willingham was hired to tutor athletes at the University of North Carolina. She took the job seriously, and it wasn't easy. She discovered that many of them had been admitted despite reading at elementary-school levels. One asked her to help him read well enough to understand written reports about the games he played. She found out athletes were "attending" classes that never met, getting course credits without ever taking exams. Willingham called UNC out, saying that the so-called education of athletes was a sham; the U had to do better by these students. The result was not a change in the system but Willingham's demotion and harassment, assaults on her reputation, and a work environment so hostile that she left the U. She's suing to get her real job back: making sure athletes have the skills to complete an actual university education. A shout-out here to the Government Accountability Project, for helping Willingham in that quest.