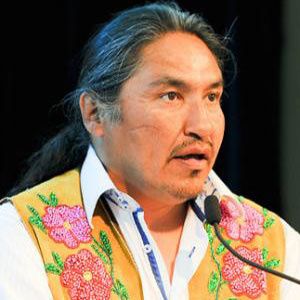 Allan Adam is Chief of the Athabasca Chipewyan nation, whose lands lie within Alberta, Canada. These First Nation people have formal treaty rights that protect their lands from being taken or used by outsiders, but that treaty has been repeatedly broken by one abuse after another. Now it's oil companies, who want to extract tar sands. Allan Adam is fighting day and night, in the courts and in the media, to protect his people's health, safety, and survival, telling the government and the world that his nation's hunting grounds and fishing waters must not be despoiled.