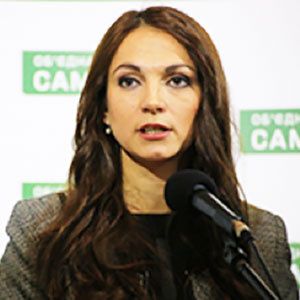 A Hero of the New Ukraine

This is Hanna Hopko. She braved snipers' bullets in Kiev during a citizens' uprising that brought down a corrupt government there. Now she's leading a rapidly growing citizens' movement that's doing more than rising up and demanding change--they're writing new legislation that makes government open, just and democratic, then pressing legislators to pass these new laws. Her car's been destroyed and her life threatened but Hopko has led her group to the passing of ten of the laws they've drafted. She's pushing now for even more. We're betting she'll do it.