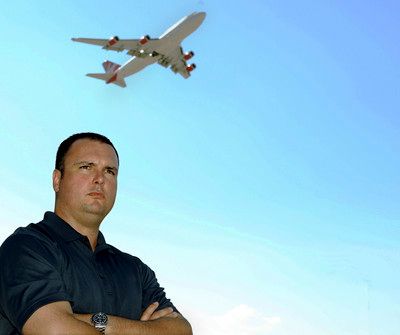 You get on a plane, settle in for a long trip, and assume that one of your fellow passengers is an on-duty, well-trained TSA air marshal who would know what to do if somebody tried to high-jack the plane.

Robert MacLean was one of those marshals and he took his job so seriously he challenged his bosses on some moves they made that endangered your safety.

First time, it was when the TSA told its air marshals that they would no longer be assigned to any long flights because the Agency wasn't going to pay for them to sleep in hotels at the ends of such journeys. Budget cuts, you know.

Neither the TSA nor Homeland Security listened when MacLean said that was crazy, especially because Al Qaeda had just issued new threats to high-jack planes. So he quietly leaked the directive to the press. The resulting public uproar made the TSA rescind the order and put marshals back on those flights.

Then, some brilliant soul issued a dress code for all marshals. MacLean figured they'd possibly be the only guys on the planes wearing suits and ties; he told his bosses this would help high-jackers identify marshals, which is not a good idea. Again, the brass didn't listen.

This time MacLean did a television interview, with his face obscured to preserve both his identity as an air marshal and as a whistleblower. But somebody at TSA recognized his voice. MacLean told them that both leaks were his doing, that he'd gone to the media because public safety was at stake.

And so was MacLean's career. After firing him, the TSA retroactively classified the directives he had leaked as "sensitive," making him ineligible for whistleblower protections. Now the US Department of Justice has asked the US Supreme Court to repeal a lower court's ruling that MacLean is a bona fide whistleblower, not a lawbreaker. The Supreme Court may or may not take the case.

Robert MacLean believes he was doing what any good law enforcement officer would do. You might hope that the next time you fly, there's an air marshal on board as committed as he is to your safety.