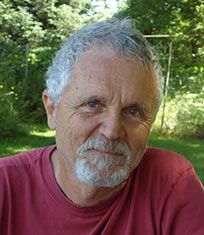 Imagine you're a Canadian research biologist, retired after a long career of creating new agricultural products and telling people about the fine potatoes and apples you've engineered. You're enjoying life on your farm in British Columbia when you begin reading research studies from Europe that challenge your certainty about the work you've done in all those productive years.

You could just stop reading, not wanting to even think about this. But Thierry Vrain is a scientist, and a good one. The challenging studies had to be evaluated, and Vrain judged they had merit. He also looked again at some of the research on which he'd based his own work and found that it was, at best, based on what was a commonly held misunderstanding of plant genetics. At worst, some of the basic studies being relied on had been paid for by corporations that profit greatly from genetic engineering.

Instead of looking away, Vrain started calling for a halt to the use of such engineering until more testing is done on its effects--proper scientific studies with no conflicts of interest involved. This isn't a popular point of view among his fellow researchers and it's definitely not appreciated by the multi-nationals that sponsor much of their work.

Says Vrain, "If you are a sci­en­tist and dis­cover things that are of con­cern, then you are accused of doing 'pseu­do­science' and often viciously attacked by the indus­try and aca­d­e­mics on the pay­roll."

Despite all, Thierry Vrain is speaking out around the world against the work he so believed in for so long, explaining, "It's my retirement project. I say I'm atoning for my sins."