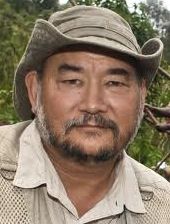 Protecting Habitat Around the World

Thirty years ago American film-maker John Dennis Liu went to Beijing to open a news bureau for CBS. He's stayed on, living in a house his father built before emigrating to the US. But Liu is rarely home. Most of the time he's on the road, from North Korea to Mali to Ecuador, making and showing environmental films about the state of the planet. Constantly on the edge, filming in often dangerous situations, often running out of funds, Liu is unstoppable in his devotion to showing us all what needs to be done to restore and protect our habitat. See his latest footage and travels at his Environmental Education Media Project.