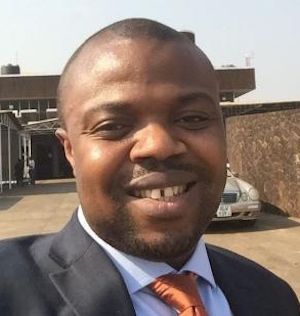 Summary: Abdul Fatorma is a Sierra Leone human rights activist who, among other things, has challenged his government to explain why $20 million of community development funds has not been accounted for. The government’s response has been to threaten, harass and arrest him. Fatorma continues to fight.

Profile: Abdul Fatorma is Executive Director of the UK-based Campaign for Human Rights Development International—CHRDI. On January 31, 2017, he was arrested in the Sierra Leone city of Freetown for taking part in a radio discussion in which he challenged the government and its Anti-Corruption Commission about their lack of accountability following the release of the Auditor General’s Report of 2016.

After the radio discussion, Fatorma was arrested without charge, questioned, transferred to a maximum security prison, kept overnight, and made to surrender his passport so that he couldn’t return to his UK home (it has since been returned). These actions, along with the continual threats he receives from sources unknown, have made Fatorma a wanted person in more ways than he’d like.

Fatorma has a long history of questioning public spending in Sierra Leone and standing up for the common good. In August 2016, Fatorma, through CHRDI, infuriated lawmakers after issuing a damning report exposing the lack of accountability of over $20 million in development funds. He’s also been a strong voice in calling the government to account for failing to adhere to its own standards for universal access to quality education.

The government, not surprisingly, has not been inclined to find fault with itself. Its responses have never been substantive, however. Rather, it seeks to discredit Fatorma, for example, as a tool of the opposition party, and to discredit CHRDI, despite the fact that the United Nations has granted CHRDI Special Consultative Status.

The harassment of Abdul Fatorma is seen by many as an attempt to stop him and others from questioning government actions, and to reduce civic space in Sierra Leone. “As someone who speaks out to keep Parliament accountable for its use of government funds, Abdul Fatorma should never have been detained,” says a spokesperson for Amnesty International. “These attempts to intimidate are contrary to Sierra Leone’s regional and international human rights obligations.”

Abdul Fatorma carries on. He’s still harassed and still defamed in government-favored media. Still, he says, “Speaking for the masses and standing up for the rights of others is a mandate I work to protect. We want to assure Sierra Leonean citizens and residents that we will not relent in our accountability campaign . . . No amount of intimidation will deter us.”