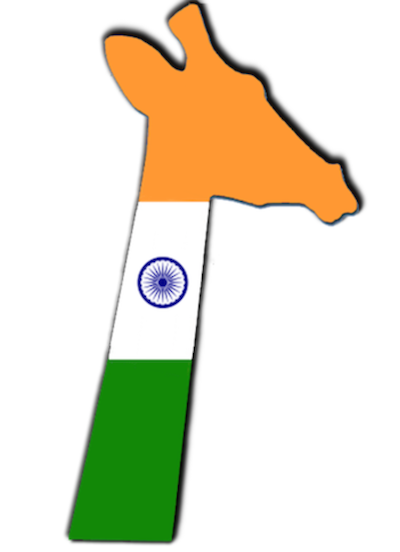 Giraffe Heroes India (GH/India) brings Giraffe vision, strategies and tools for change to the 1.3 billion people on the Indian subcontinent. Like all Giraffe Hero affiliates, GH/India tells the inspiring stories of the country’s heroes, motivating others to become heroic too.. 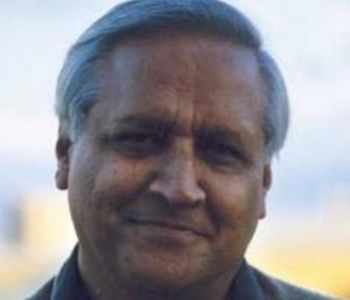 Bunker Roy, through his Tilonia Covid Relief organization, is helping keep thousands of poor people from starving because of the lockdowns imposed by the government's response to the pandemic.,More 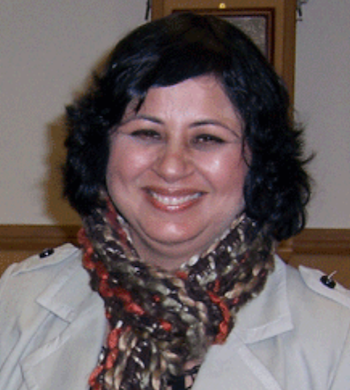 Kiran Martin, a pediatrician, was commended as a Giraffe Hero for focusing her work on the poor of Delhi despite overwhelming obstacles. Now, as India has gone into pandemic lockdown, there are millions of day workers without income for food or shelter. For them, physical distancing and adequate sanitation are impossible. Dr. Martin and her teams of “Corona Warriors” are everywhere, providing funds, food, and medicines. Full story here

The Giraffe Heroes of India 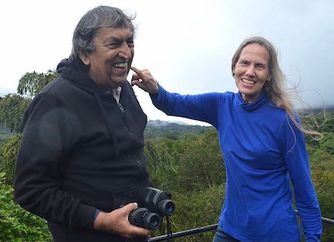 Decades ago Pamela and Anil Malhotra bought up 55 acres of barren land in southern India and over the years created a 300-acre sanctuary, the Save Animals Initiative Sanctuary. It's a haven for hundreds of endangered animal and plant species, and India’s only private wildlife preserve. They've spent all their savings and all their time and energy in maintaining the sanctuary—and Pamela has described wielding logs to protect the animals from poachers .More 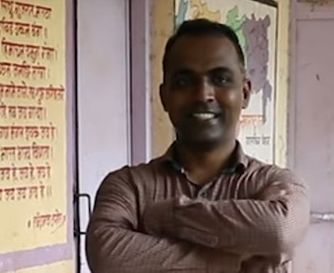 Ranjitsinh Disale moved to a poor Indian village to teach in a primary school for girls, a school so unimportant to the village, it was a leaky shed and had 2% attendance. Disale translated teaching materials into the village’s language, convinced the community to value educating girls, and created modern high tech materials for them that are now used in schools across India. Attendance went to 100%. When Disale won a $1,000,000 teaching award, he split it with the other nominated teachers so they could upgrade their teaching materials. During the pandemic, he's been doing free online classes that are attended by thousands of kids around the world. More 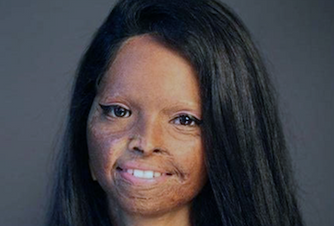 At 16, Laxmi Agarwal was disfigured when a spurned suitor and his accomplices threw acid in her face. After seven reconstructive surgeries, she remains permanently disfigured. Rebounding from suicidal depression, Agarwal pressed charges against her attackers and got them sent to prison. She’s gone on to lobby the government for more restrictions on the purchase of acid, assist other victims of similar attacks, and make the Indian public look at the horror of this all too common violence against Indian women. More 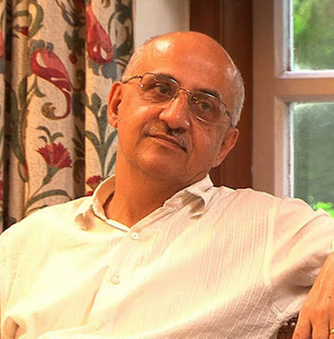 Harsh Mander has devoted his life, at great risk, to championing those in India who are persecuted because of their religion (Muslim), their sex (female), or their socioeconomic position (“lower caste”). He has founded non-government organizations and has led government programs, all of them dedicated to the well-being of the marginalized. Threats, arrests, and slanders have not deterred him. More 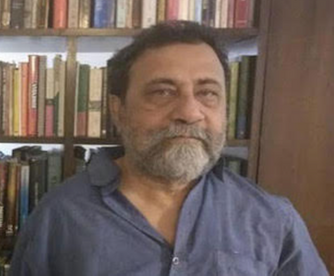 Dilip Simeon, an academic historian and proponent of non-violence, led his college in a campaign to get a living wage for the college gardener. For his leadership, he was beaten so badly by hired thugs that he was hospitalized. The college president was removed for hiring the thugs and Simeon went on teaching peaceful problem-solving at his college and in venues in many other countries. More 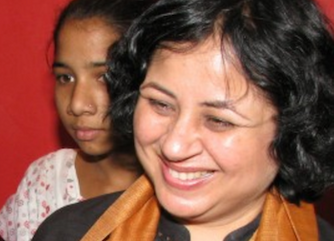 When she was a young pediatrician, Kiran Martin set up a free clinic in a Delhi slum where cholera was raging. The experience led her into decades of serving the city's poor and to teaching others around the world how to do such work well. More 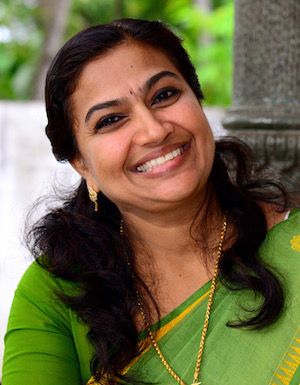 Mary Anitha, herself a victim of tuberculosis, quit her job to devote all her time to helping disabled children in Kerala, India, despite the strain on her health and the occasional stretching of laws. She sold all her jewelry to finance the creation of a nonprofit, CEFEE—the Centre for Empowerment and Enrichment—which now helps hundreds of thousands of people throughout Kerala. More. 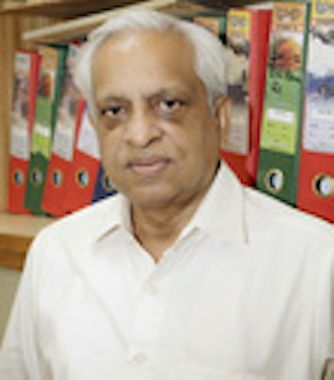 The aim of India's Right to Information Act is to empower citizens, promote transparency and accountability and make democracy work for the people. But the Act only works when citizens make it work. Subhash Chandra Agrawal shows them how. More 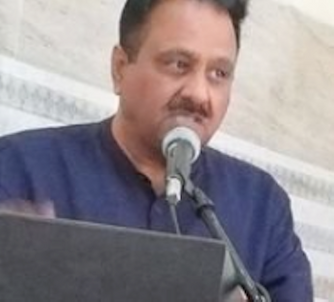 Businessman Harinder Dhingra has filed thousands of applications and appeals under India's Right to Information Act on the behalf of India's "common citizens." He's determined to expose corruption, provide better access to education and health care, and release people who were wrongly incarcerated. Dhingra has been threatened by corrupt officials and corporate executives who don't want to be exposed. More 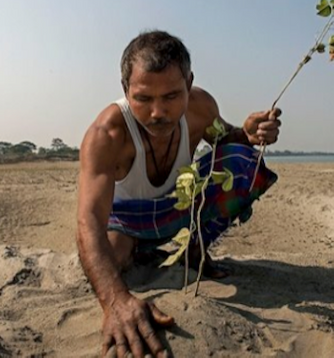 Jadav Payeng single-handedly planted trees on a sandy island near his home in Assam, India, creating a forested habitat of over a thousand square acres that now shelters hundreds of wild animals. He’s been planting and watering for decades, supporting himself and his family by selling milk from his farm animals. More 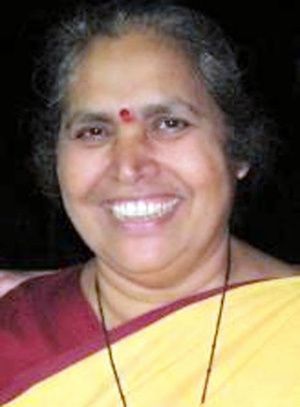 SisterLucy Kurien's stands up to all those who would not like to make public the very real problems of domestic violence and human trafficking prevalent in India, providing shelters to victims and rescuing abandoned women and kids. 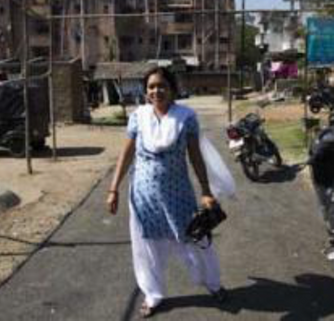 Usha Narayane stood up to local thugs in the slums of Nagpur, India, an area that had been terrorized by criminals for decades. After standing the predators down, Narayane organized job trainings for hundreds of women in the community, helping them escape poverty as well as physical attacks. More 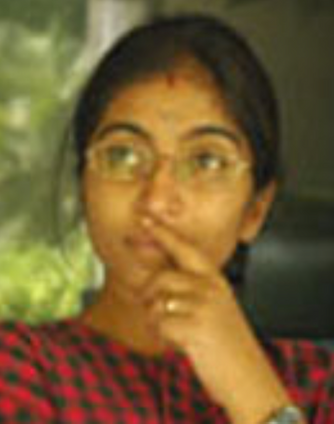 Sunitha Krishnan is tiny in physical stature, but she stands tall for the victims of sex trafficking. The non-profit organization she cofounded, Prajwala, has rescued more than 3,000 women and children from sexual slavery in central India. A rape victim herself, Krishnan has been beaten dozens of times in the course of her rescue work. More 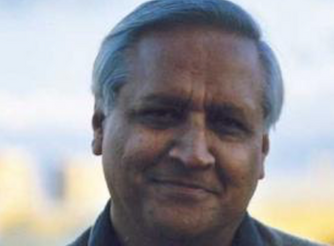 Born into an upper-caste Indian family and educated at his country's best schools, Bunker Roy chose to learn from indigenous villagers, people who know how to cook over fires, dig wells, deliver babies. Roy established the Barefoot College, setting up such competent villagers as faculty, passing their knowledge to thousands of others. More 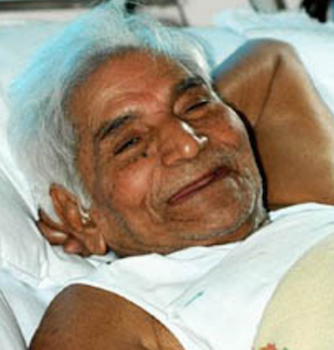 Murlindhar "Baba" Amte walked away from a Brahmin life of privilege to create a community for lepers, Anandwan. Amte became a physician so he could provide their medical care; he used his training as an attorney to advocate for them; and he learned, with them, the skills that made Anandwan self-sustaining. More 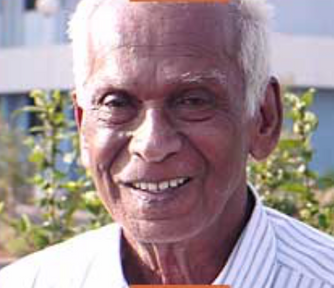 Dr. Govindappa Venkataswamy could have retired in comfort after a long career as a staff opthamologist at a hospital. Instead, he mortgaged his home and used the capital to open a free eye clinic so that Indians who couldn't afford private care could receive critical eye surgery at little or no cost. His clinic grew to become the largest eye-care facility in the world, treating thousands of patients a day. More 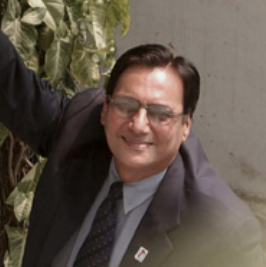 Vijay Saluja, a civil engineer in New Delhi, has fought for decades to end the corruption that has slowed or prevented needed infrastructure improvements in the city. He is now Director of Giraffe Heroes India. More 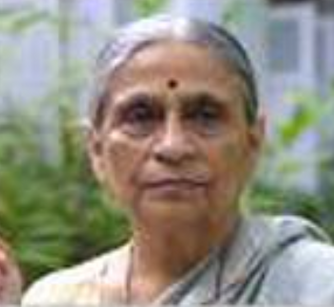 Ela Bhatt of Ahmedabad, India, championed disadvantaged women by organizing them into a credit union, the Self-Employed Women's Association. Over 15,000 women who sell goods and produce on India's sidewalks have joined SEWA, opening new markets, getting and repaying loans, and improving their families' economic and social status. More 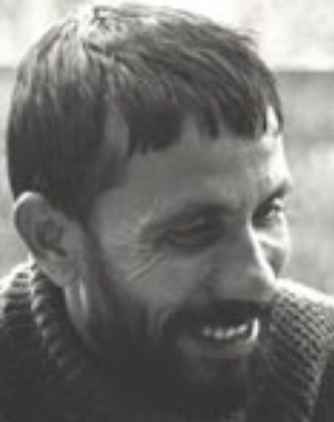 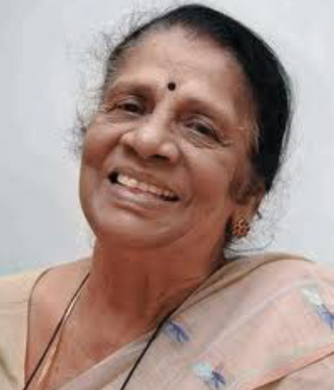 Jaya Arunachalam, a woman born into India's wealthy elite, has spent her life battling to expand economic opportunities for some of the poorest women on the planet: India's street vendors, silk weavers, washerwomen, and their many hardworking sisters. She devised a revolutionary system for micro-loans that gets money into the hands that need it most. More 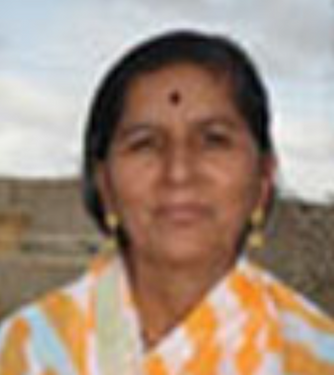 Dr. Mabelle Arole of Maharashtra, India gave up the comforts of a professional's life to develop a community-based health program in her country, training health workers in their own villages. As a result of her program, more infants survived and the number of unplanned pregnancies dropped. More 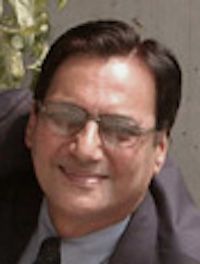 February 2, 2004 was a very special day for me. On this day, I received a letter from Ann Medlock, the Founder of Giraffe Heroes Project which said:

`I am happy to tell you that you were chosen by our most recent jury to receive the enclosed Giraffe Commendation, joining over 900 people who have been honored as Giraffe Heroes since the Giraffe Project began in 1982.’ The letter stated that this was for sticking my neck out to fight corruption in civil government.

It was unbelievable! I had received the Red & White Bravery Award in 2002, but this Giraffe Commendation came at a difficult time and was a HUGE morale-booster! It was a matter of great honour, pride & privilege to be ONE of the distinguished family of Giraffes. My years of trodding on the lonely path, which was very rough & uneven at times, had finally brought me to the doors of a family consisting of brave, caring & committed people.

I was still in the local government of New Delhi, fighting a long legal battle with my own organization. I had filed a case in the High Court in 1993, for a look into the unethical & unfair practices followed by my seniors which had resulted, to my mind, in a huge misuse of public funds. They were encouraging, pampering & protecting unethical colleagues, at the same time that they were harassing & hounding me in every possible way. I was making a stand for professional values & ethics. My good record was changed to damaging assessments of my work, making it impossible for me to advance in my career.

I finally won the legal battle, arguing the case myself against the organization in which I had worked since 1969. In May of 2004 I was appointed the Chief Engineer[civil]-HEAD of my Department.

Why have I given my personal example? It’s about something Ann mentioned in her letter. She said, “the aim is to tell others about you so that they will follow your example.” And that is the aim of this new organization, Giraffe Heroes India. This new non-governmental organization will tell the stories of India’s heroes, so that people all over the country can be inspired to stand tall on public problems they see.

Being appointed DIRECTOR of the Giraffe Heroes India Programme, is a matter of great honour & privilege for me. But having said that, it brings with it huge responsibilities. I’ll be rallying supporters for the cause, calling for nominations, organizing a jury, enlisting media to tell the stories.

But, I am happy to tell you that there have already been very enthusiastic & positive responses & I am confident that Giraffe Heroes India will start kicking soon like the operations in Sierra Leone, Egypt, Nepal & the UK.

I welcome your ideas and support.

With best wishes to all & for Giraffe Heroes India

How It All Started

Giraffe Heroes India was launched following the visit to India of John Graham, Director of Giraffe Heroes International. Graham and Giraffe Heroes/India Director Vijay Saluja visited dozens of India’s leaders in government, business, media, education and the world of NGOs, seeking their advice and support. The response was very enthusiastic, from the Maharaja of Jodhpur to Indians of all ranks, who saw the need for building more of the public-spirited courage necessary to take on the country’s daunting challenges. Saluja and Graham gave three public presentations on this first trip, combining Saluja’s inspiring story of his own anti-corruption fight with Graham’s stories of thirty years of working with and learning from Giraffe Heroes. A solid beginning was also made with India’s major media, including well-placed articles in major newspapers. 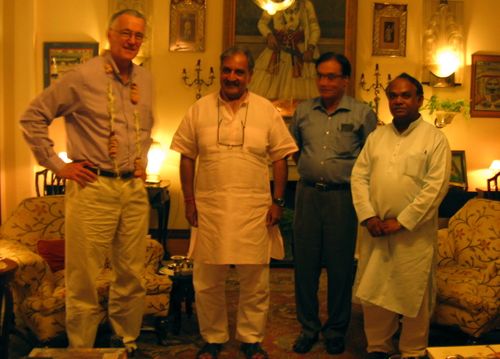 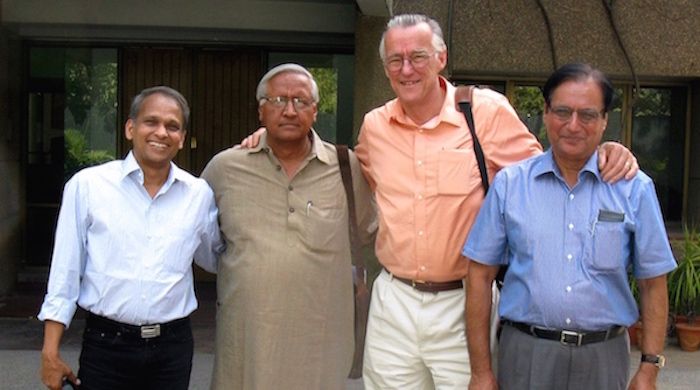 One of the many high points for Graham was meeting with traditional village leaders (sarpanches) in the Rajasthan desert, explaining how bringing into their villages stories of Giraffe Heroes—people from all over India solving the kinds of problems they all face—could help them generate enthusiasm and action for local change.