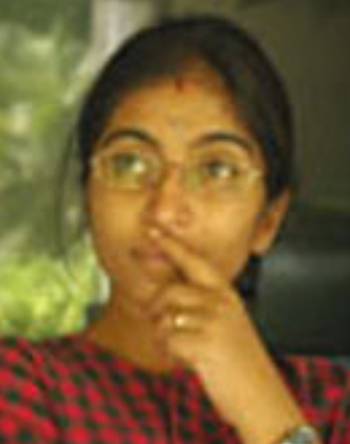 As a teenager, Sunitha Krishnan was gang-raped by eight men. Instead of following custom, saying nothing and killing herself, Krishnan came up fighting. "What I remember today isn't the rape," Krishnan says. "I remember my anger." She has used that anger well in what has become her life work: saving other victims of sexual predators.

In 1996 Krishnan co-founded the non-profit organization Prajwala (eternal flame) to rescue women and children caught in the web of sex trafficking in Hyderabad, the main city of the central Indian state Andhra Pradesh.

Krishnan describes sex trafficking as "the worst form of human rights violation" and as "a modern-day slavery." Besides operating three shelters for abused children and former victims of commercial sexual exploitation, her organization also finances the education of 5,000 children infected with HIV/AIDS in Hyderabad, and it operates 17 centers for the thousands of children of prostitutes to ensure that they will not become second-generation sex victims.

Her radical views estranged Krishnan from her family and her radical work has put her life in danger again and again. She has been beaten more than 40 times-she lost her hearing in one ear as a result-by thugs who would like to see sex trafficking continue unchallenged. "I have saved 3,200 girls," Krishnan said in describing her work. "I have rescued children as young as 3 years, and I have rescued women as old as 40."

Prajwala not only rescues them, it assists them in finding shelter and learning a trade, becoming welders, masons, carpenters, security guards, cab drivers. "You may ask, why not as computer technicians?" Krishnan asked. "We saw that these girls had immense courage, they had no fear left. They could compete in a male-dominated world. That's why each of them is excelling in her chosen field. These girls are gaining confidence, they're restoring their dignity, they're building hope in their own lives."

Prajwala has never been a generously funded organization, and there have been times when Krishnan had to sell her own belongings to pay staff salaries. The organization has bought a 10-acre plot of land on the outskirts of Hyderabad and is fund-raising to build a permanent shelter large enough to accommodate all the survivors Prajwala helps.

The greatest challenge Krishnan faces in this work, she says, is the indifference of individuals who may wish to help social misfits in general terms-but don't want those misfits in their homes or going to school with their own children. "No human being deserves to go through what these children have gone through," she says. "They need our compassion. They need our empathy. They need our acceptance."

And they need Sunitha Krishnan, a champion for their futures.