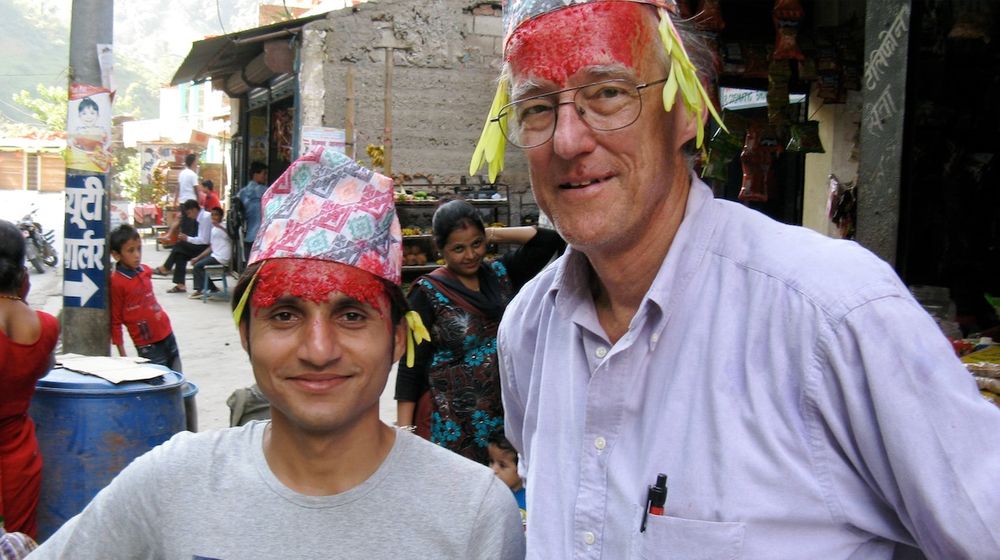 Nepal is one of the poorest countries in Asia, and a ten-year civil war that ended in 2006 stalled development and left many people there uncertain and afraid. Then a massive earthquake in 2015 killed thousands and created a huge swath of destruction.

The mission of Giraffe Heroes Nepal (GHN) is to find the brave men, women and children who are already making a difference in Nepal, and get their stories told to the nation, energizing others to move into action themselves. GHN speeches, trainings and other tools in civic engagement will help activists succeed. And GHN schools materials can help young people build lives as courageous and compassionate citizens.

Nepal needs the Giraffe message of hope, courage and service. Nepal needs to know of, and be inspired by, those brave and compassionate citizens who are standing tall to heal the wounds of war, and no to help their communities rebuild after the massive quakes.

Giraffe Heroes Nepal (GHN) was launched in October 2011 during a ten-day visit to the country by GHI Director John Graham, working there with GHN’s leader, Dr. Sushil Koirala, already honored as a Giraffe Hero for his courageous work with Peace for Nepal (PN), an NGO he founded in 2004 to help end the bloody civil war. 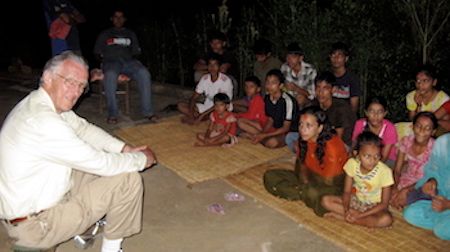 Graham and Dr. Koirala did interviews and met with key polltical, media and educational leader. They also took GHN to the rural areas, spending three full days in small towns and villages deep in the foothills of the Himalayas. In one poor village,the two spoke to a group of teenagers who had formed a club to help the village solve its problems, including providing safe drinking water. What the kids were doing was great—and could be even more effective with a small amount of Giraffe training and materials.

Graham and Dr. Koirala also spent a half-day at Tilingatar, the largest high school in Kathmandu, talking to groups of students about the adventure of serving one’s community and nation. They strategized with the school's leaders on how stories of Giraffe Heroes, combined with Giraffe coaching in civic engagement and community service, could help young people make a difference in their communities. It was also apparent that these stories would be a great tool for teaching English.

Nepal faces significant challenges including continuing conflicts, rebuilding after the earthquakes, poverty, disease, threats to the environment and corruption. But it’s also clear that there are many brave and committed Nepalese already making progress in all these areas. When GHN tells their stories, others will be led to follow their leads. And GHN training programs will help them succeed. 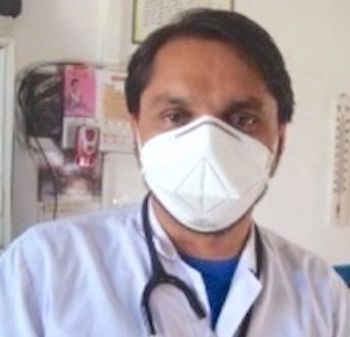 Giraffe Hero Sushil Koirala MD has once again stepped forward, now speaking out as the pandemic approaches his country, Nepal.

Brave service is in his DNA, as a brave and tireless campaigner for peace and as a rural TB and leprosy doctor working in the very poorest, neediest parts of his country. He was at the fore when a huge earthquake devastated Nepal, treating the wounded and organizing relief efforts for the rural districts devastated by the quake. Now he’s challenging his government’s preparations for the spread of the coronavirus, calling them inadequate and calling for stronger measures. Dr. Sushil Koirala is a national treasure—and he’s a Giraffe Hero. 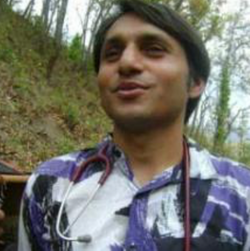 When he was a medical student in China, Nepalese Sushil Koirala started a global campaign for peace on the Internet. Now a licensed physician, he ignores chances to build a profitable medical career, instead devoting his boundless energy and limited resources to creating peace and democracy within his country and around the world. More 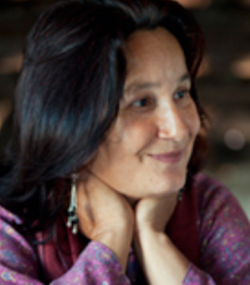 Aruna Uprety, a Nepalese physician, has been working for decades to stop the sex-trafficking of Nepalese girls, despite the sometimes violent people who profit from this horror and want no interference.

Her education and prevention programs have been so successful that not one girl enrolled in them has been trafficked. More