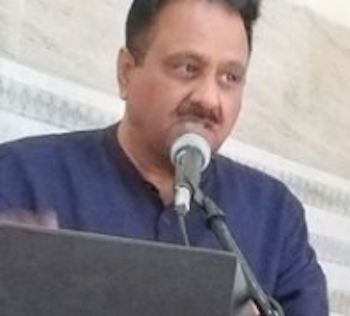 "Right to Information": What does that mean to you? To Harinder Dhingra, it meant a civil liberty that was supposedly granted to every citizen of India but that was close to inaccessible.

A successful businessman in garment exports, Dhingra wanted more than that; he wanted to help others. He decided that his best contribution could be making use of the Right to Information Act (RTI) that was passed by the government of India. The act offered transparency of both official and private transactions, with the goal of eliminating-or at least minimizing-corruption.

Dhingra used the RTI on behalf of Indian "commoners," those who have no influence, and no access to the shady dealings of corporations and governmental offices whose actions affect their lives.

Using the RTI's arcane procedures, Dhingra filed more than 6,200 RTI applications and 3,050 appeals, requesting information about in-the-dark procedures and decisions. Not one of those filings has been dismissed as "without merit," and every one of them has been classified as in the "larger public interest."

Dhingra has been able to shine light into backrooms and make important changes in common people's lives.

Over 500 people who were wrongly incarcerated while awaiting trials have been released.

Universities and other schools were reclassified as "Public Authorities," which for the first time allowed students and others to question school officials about policies and admission procedures.

A police department was ordered to implement RTI and train its officers appropriately; previously, officers were routinely eliminating inquiries or giving inaccurate and contradictory responses.

Banks that participated in scams and illegal loans were ordered to release their transaction figures. Illegally installed mobile towers were removed.

Corporations that were secretly stealing money from public funds were exposed.

Women were granted an avenue to get information and to file complaints about sexual harassment in the workplace.

A hospital was forced to display on its website mandatory fees for poor patients, giving patients the ability to avoid surprise costs.

Dhingra has singlehandedly brought 18 institutions under the purview of the RTI Act. The beneficiaries of his actions include every part of Indian society.

As might be expected, Dhingra has made more than his share of enemies. People who are now hampered in their illegal acquisition of money-corrupt corporate executives and government employees-have threatened him. The State Information Commission ordered police to provide Dhingra with "personal security."

Dhingra's success is more important to him than the threats. India's Secretary of the Ministry of Environment and Forests has publicly stated that because of one man, Harinder Dhingra, the RTI Act is now working for the people of India.

His daughter-in-law, a computer engineer and human rights advocate says that her father-in-law is a "giraffe who has stood tall for transparency even when faced by the leopards and lions of the power and money lobbies."