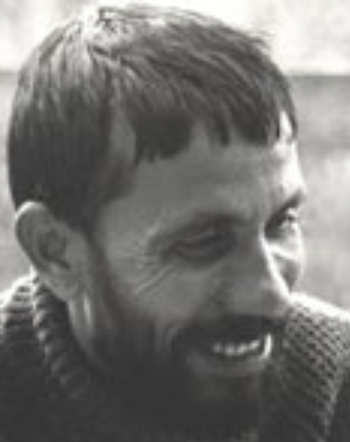 The people of the villages in the Himalayan foothills understand the sacredness of nature, and know that when something's sacred, it can't be for sale. So when logging companies came into the Garwhal region of India, showing pictures of trees with money hanging from their branches, the people knew something was wrong.

The day the axe-men entered the area of Gopeshwar, the village men were off working. The women grabbed their children, ran to the forest, and together embraced the trees. "Before you strike at the trees, strike your axes at our backs," they said to the axe-men, who eventually withdrew.

The Chipko Movement grew from that encounter, chipko meaning "to embrace." And it gained a leader in Chandi Prasad Bhatt, who had already begun efforts to replant trees in the region. He saw that the women were instinctively working through non-violence, the basis of his own Gandhian efforts so he stuck his neck out to become a visible, vulnerable organizer and advocate of their efforts.

Chandi Bhatt trained village women to lead the work of the Chipko Movement, which includes efforts to halt logging, promote re-foresting, and bring villagers together to discuss their needs and those of the forest. He also organized a program to help educate villagers about alcohol use, which was an underlying factor in the physical abuse of women.

Deforestation in the Himalayas has become a major ecological disaster. The deforestation by loggers and road-building leads to drought, soil erosion, flooding and even starvation. Chandi Bhatt always advocates non-violent methods grounded in a deep focus on what is right and good, not what is wrong. He said to loggers at one demonstration: "Our quarrel is not with you, neither are we eager to fight your employer or the forest department. We just want to save our forest. So do not be frightened."

As a boy, Chandi was raised in a remote Himalayan village steeped in spiritual understanding that recognized all life as sacred. Priests in his family took care of a local shrine, and he often climbed through the forest to visit it. When he walked through the high pastures, he would take off his shoes so he didn't harm the flowers. In the protection of this sacred land, "It is very late to be working to save our environment, but when you live here, when its your own home, nothing is too late" says Chandi Prasad Bhatt.