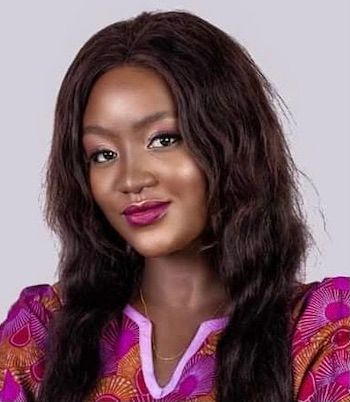 Summary: Adama Sillah is a pioneering woman journalist in Sierra Leone. She is also Executive Director of Media Initiative for Women and Girls Empowerment, an organization she founded to foster the empowerment of women through journalism, to encourage community discussions of issues that affect women directly, and to make positive changes in a traditionally male-dominated society. She has faced many verbal and physical risks along the way.

Profile: Adama Sillah is a pioneering woman journalist in Sierra Leone, a society that traditionally doesn’t value the skills or capabilities of women. She has faced many verbal and physical risks along the way.

Why did Sillah take this path? “My willingness and passion to serve as a voice for the voiceless triggered my interest in journalism,” she says.

Over the years, Sillah has reported on Sierra Leone’s rich cultural heritage and on rural women from deprived communities engaged in small-scale farming. But much of her reporting has been edgier. She has reached out to children living in slums, for example which are notorious for drug abuse, violence, and gangsters ready to do anything to protect their turf.

Sillah is also Managing Director of Diamond Media and Communications Consultancy (DMCC), which trains girls and women in journalism, and is financed in large part by Sillah, who is far from wealthy. Through DMCC, Sillah reports on youth, gender equality, and violence against women; advocates for a society that empowers women; and fends off threats from supporters of corrupt politicians.

Adama Sillah has changed not only Sierra Leonean journalism but also its culture. She is the Founder and Executive Director of Media Initiative for Women and Girls Empowerment, which encourages its members to “actively engage the media and talk on a wide range of issues that could enhance development in the society in which they live.” These issues have included politics, society, sciences, business, culture, and health. Much of this reporting draws fire from members of the male dominated power structure in Sierra Leone, which would prefer women not to voice their opinions let alone publish them.

Sillah has long been aware of the lack of self-confidence in Sierra Leonean women, particularly women in media. As she acknowledges, “In most settings in Africa, women who choose to work in the media are unfairly tagged as dropouts, loose, or dumb women.” Because of this fairly widespread attitude, Sillah focuses on helping women become self-reliant.

What is Adama Sillah’s goal for women interested in journalism? “They must endeavor to gain 21st-century skills that will enhance their ability to produce great content. This would create lasting impact on their lives and the lives of others.” And on an even larger scale: “We hope to influence society and bring about change in Sierra Leone and around the world.”

Always building her skills, Sillah enrolled as a law student at Fourah Bay College, the oldest university in West Africa, and in 2021 she became the first woman to be elected as the College’s Students’ Union president.