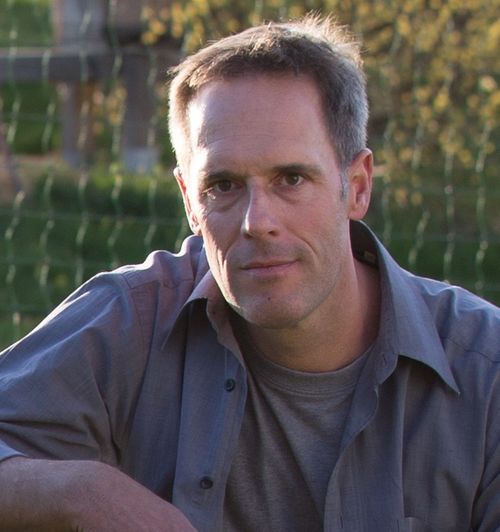 Summary: The conventional way of keeping bees deprives the bees completely of their ability to adapt to environmental changes and as a result, very few natural populations exist anymore. André Wermelinger saw this problem, recognized its global implications, and set up a plan to solve the bee mortality crisis at its roots. Conventional bee-keepers wanted to have nothing of this and tried to ostracize André and his work. That has not stopped him.

Profile: André Wermelinger is of an inquisitive character. He wants to know what makes the difference, the difference between truth and fake and what it is what keeps things going – people, nature, the world at large. And yes, he is modest, very. But he cannot live without working to continuously improve what he recognized has gone wrong and creating transparency where the reality of things got blurred by selfish machinations.

André is certain, that analyzing things in a most objective way requires taking different perspectives and positions. For going straightforward, one has to have a clear idea about left, right, top, bottom, behind and ahead. Just following the mainstream doesn't satisfy. André is seeking to look behind the curtains. This sometimes leads to bumpy relationships within his environment, be it on the private or professional level.

André bought a little farm some 15 years ago at the entrance of the Swiss Prealps south of the town of Fribourg, to provide himself with an opportunity to not only work with technical, electronical and virtual systems but with natural ones as well. Nature is uncompromisingly tough but does not cheat. After André had organized himself with refurbishing a 200 years old wooden house, set up vegetable garden, planted fruit trees and got himself some chicken and rabbits, he remembered his interest in bees.

The first idea was to produce honey, as every beekeeper does. But after only a few hours of research, he started to question his bee-keeper friend, producing honey in a conventional way. André pointed out, that bees were deprived of their original habitat and kept like production animals, forced to work in slave-like fashion to enable the beekeeper to maximize honey yields. How could this be aligned with a "hobby", performed by "nature lovers"? Furthermore, bees not only suffer of pesticides, they are burdened with a declining habitat with missing tree cavities and a lack of flower varieties, which leads to a lack of nectar and sometimes pollen, too. No wonder that bees nowadays are infested with parasites, carrying viruses and bacteria and facing death. The conventional way of keeping bees deprives the bees completely of their ability to adapt to environmental changes and a natural population doesn't exist anymore, except some very rare colonies which still survive.

Beekeepers were offended by André's transparent statements: their great image in the community and their image about themselves got hit- but not the beekeepers are the real problem, the authorities, misleading the beekeepers, are.

But André did not stop and leave things where they are. First he started to study the bees under near-natural conditions. Most of the scientific beekeeping studies have been done under conventional beekeeping conditions, and therefore are uncomplete and misleading. André's findings under near natural conditions showed different results from standard wisdom. But still, conventional beekeepers insisted vigorously, that their honey was naturally produced and that problems were only lying with the bees and the environment but not with themselves.

Looking to the tremendous and highly successful natural evolution of honeybees over at least 30 million years, André was certain that nature isn't to question. The natural evolution has just been stopped abruptly by mankind a few decades ago. This means that what went wrong by human interference needs to be put right again. Bees need to be re-exposed to the natural selection process in their original habitat, the tree cavity. Furthermore, beekeeping needs to become sustainable and species-appropriate. And, where the bees in nature cannot live without beekeeper assistance anymore, we seriously have to enhance the environment by planting a wide spectrum of nectar rich flowers and lowering environmental pollution.

While the conventional bee-keeper association and the authorities representing them wanted to have nothing of this and tried to ostracize André and his work, others, including reputable scientists were convinced. As a result André set up the NGO FREETHEBEES with the goal to solve the bee mortality crisis at the root, where everyone can generate immediate and direct impact.

It’s arduous work. Till today, FREETHEBEES, while gaining more supporters with each year passing, cannot publish its research and findings in the official bee-keeping press of Switzerland – even though by now it is corroborated by some of the most reputable scientists: the authorities try to stonewall the evidence since it contradicts established practice. – But, André says, “every time you challenge the establishment you have to face an opponent – common sense – but the bee will win, and with it the humans; so I hope.”

Why bees? According to André, the issue is not about bees – or not only, it is much more about humans and human society. Bees are many millions of years older than the human species and their sophisticated social behavior and mechanisms of survival have attracted the attention of entomologists for hundreds of years. When bees get in trouble because of human interference the humans themselves are in danger of losing a natural pillar which is critical for their own survival. – If you would like to contribute, please join www.freethebees.ch.