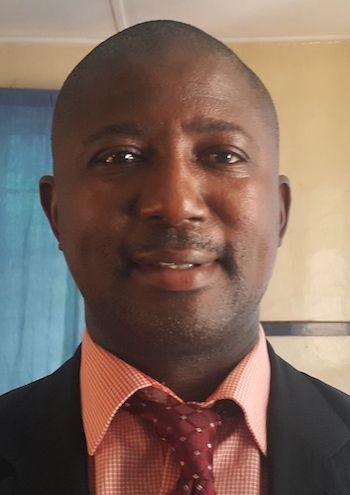 Summary: Andrew Thomas Lavali worked for the government of Sierra Leone and eventually became frustrated at the lack of reforms he tried to implement. He founded his own organization, the Institute of Governance Reform (IGR), which monitors governmental actions and challenges policies and procedures that deny citizens their rights. Lavali has encountered much harassment for his efforts, but he and the IGR continue to expose corruption and advocate for positive change.

Profile:It was in 2009, while he was conducting economic research into World Bank contracts in Sierra Leone, that civil servant Andrew Lavali realized a principle that has guided his work ever since: “Anytime a politician is acting,” he says, “do not look at what he is given, but what he is gaining.”

Three years later, after futilely trying to institute reforms related to resource allocation, Lavali became ever more concerned about how cases in Sierra Leone’s courts are assigned, how judges are promoted, which chambers they come from, how that affects their decisions, and how to deliver justice in a more effective way. Therefore, Lavali left the government to form the Institute of Governance Reform—IGR—which seeks to promote electoral participation; free, fair, and peaceful elections; credible population and housing assessments; local council planning; improved economies; economic literacy; and human rights.

Almost immediately, Lavali was questioned by the Sierra Leone House of Parliament as to what exactly IGR would be doing. This questioning—which amounted to intimidation—continues to the present. As Lavali escalated his investigations into government misdoings, the government escalated its responses—harassing him, interrupting his meetings, and verbally assaulting him. Through it all, Lavali has continually stood up for his organization.

In 2015, IGR published its findings on Statistics Sierra Leone’s “Housing and Population Census.” It found that the census was in error about 40 percent of the time and that “anomalies were too glaring to ignore.” Background checks on the staff conducting the census revealed that Statistics Sierra Leone had given officials of the ruling party absolute control to manage data collection and census management.

In 2018, IGR produced a report, “Beyond the Noise”, showcasing the country’s inter-connectedness among citizens across Sierra Leone. That unity stood in sharp contrast to the conflicts that Lavali felt were spurred on by the government. The report charged that politicians were using tribes as a smoke screen to create divides across the country to enable looting. “It’s my job,” Lavali said of the report, “to let my country folks know the truth.”

In 2019 IGR produced another controversial report: “Bio-Meter”, a citizen’s scorecard on the state of implementation of 556 campaign promises made by President Julius Maada Bio during the run-up to the March 2018 elections. The “Bio-Meter One-Year Assessment Report” provided a detailed account of the status of the official declarations stated in the governing Sierra Leone People’s Party manifesto; the speech delivered by the President in his first State opening of parliament; and executive orders issued by the State House in the previous year.

Lavali expects more government pushback from IGR’s reports, but he remains determined to expose malfeasance where it exists and to change policies that deprive his fellow citizens of their rights.

“No amount of threats or intimidation,” he says, “could ever silence me from the work I have signed up for. I remain . . . convinced that the battle for electoral, governance, and economic reforms must be permanent and accepted characteristics of our democracy.”