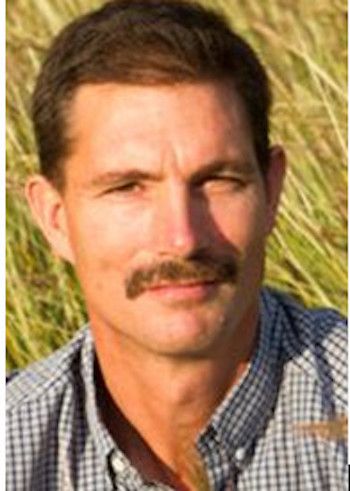 Summary. In 2008, after a court judged the Government’s formal eviction notice illegal, Zimbabwe government supporters took the law into their own hands and destroyed the farm estate of white farmers Ben Freeth and his father-in-law, Mike Campbell. Freeth and Campbell and their wives were abducted and beaten; their homes, as well as the homes of hundreds of their employees, were burned to the ground, and they were forced out. Campbell later died from his wounds. Freeth subsequently founded the Mike Campbell Foundation to restore justice, law, and human rights in Zimbabwe. Freeth has been arrested and beaten since then, but he continues to organize campaigns in order to prevent more usurpation of lands without compensation.

In 2008, the farming estate of Freeth and his father-in-law, Mike Campbell, was destroyed by supporters of the government; these invasions of white-owned farms began in 2000 and had not diminished. The Freeth-Campbell farm was impressive: It was the largest producer of mangos in Zimbabwe, along with maize, tobacco, and sunflowers, and it employed more than 500 Zimbabweans. Freeth’s wife, Laura, ran a linen factory on the estate, and that also employed Zimbabweans. In 2001, however, the government issued them an eviction notice, part of a “land reform” program. The ostensible goal of the program was to redistribute white-owned land to disadvantaged Zimbabweans, but many of the farms were given instead to Mugabe officials and supporters.

Freeth and Campbell fought the eviction in the court of the Southern African Development Community (SADC). The court eventually found in favor of Freeth and Campbell, but the Mugabe government ignored the ruling and withdrew from the SADC. In 2009, the estate was invaded by Mugabe supporters. Freeth and his wife Laura, and Campbell and his wife Angela were kidnapped and beaten. Their homes were burned to the ground, along with the homes of their employees and their families. Everyone was driven out.

Two years later, Campbell died from his injuries. Freeth subsequently founded the Mike Campbell Foundation (MCF —www.mikecampbellfoundation.com). The focus of MCF is on restoring justice, law, and human rights in Zimbabwe. The organization also works closely with Foundations for Farming, which advocates for conservation agriculture. Freeth speaks to both national and international audiences and leads frequent campaigns for land-owner justice.

At one time white farmers in Zimbabwe owned about 4000 farms; that number is now about 300, but the issue of white-owned farms in Zimbabwe remains very sensitive. Advocating against government policies comes with many risks. Freeth has been arrested and beaten up several times; he has also been publicly accused of being a racist. As one media piece in 2016 charged, “It does not take a genius to realize (Freeth’s) bigoted, racist rant for what it is: it is a still-seething anger at land reform by whites who thought they had eternal title to colonially stolen land.”

Freeth points out that he has no problem with giving land back to the indigenous population; his problem is in the policy’s implementation: “It came in a violent and forceful way where the rule of law was completely absent and where farmers and farm workers were being chucked in jail, beaten up, and killed…I fully understand that human rights work is a risky business in Zimbabwe, but I believe that it is my responsibility as a citizen to defend our rights. I have faced many challenges, including arrests and harassment from state security agents, but that hasn’t deterred me . . .. My objective is to do whatever I can to assist in bringing about a conducive environment for people to be able to live and work in Zimbabwe.”