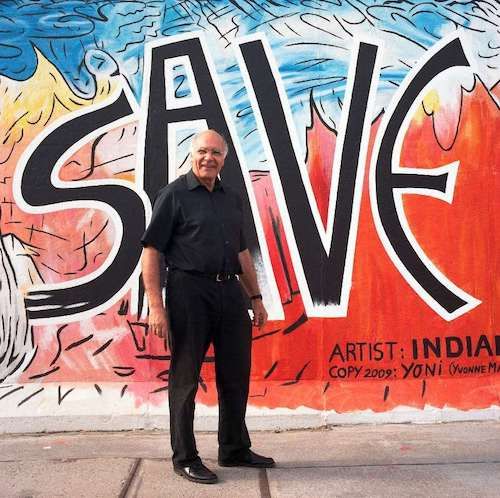 “He had found his place in the world. He knew he was doing the right thing: he gave others freedom.”

When the Berlin Wall went up in 1961 Burkhart Veigel was studying medicine in his second year at Free University, Berlin. When he listened in disbelief to the shrill radio announcements that early morning on August 13, he realized that his study friends on the eastern side of that newly divided Berlin would be prevented from attending their classes in the West. How could it be that a metropolitan city under the protection of the joint allied forces was being unilaterally split by the Russians without a new war being the result? It was frightening. But as the day went on no counteraction was taken. Instead, the West Berlin government and allied forces demanded that the population stay calm and wait….

While everyone not East German was eager to leave that part of the city Burkhart had to find out what was happening there. He took the Tube and went to see, passing the just erected checkpoints still with ease, thanks to his Western identity documents. But the atmosphere with the wall under construction, barbed wire everywhere and strictly controlled passenger channels was shocking and depressing. Burkhart decided to visit one of hisstudy mates. Upon meeting him a plan was made on how to provide him with aWestern passport and help him to leave that now forsaken part of Berlin.

And thus began some nine years of activism to help friends and friends’ friends to leave a totalitarian regime for the free world. His studies suffered, but the urge to help others was greater than the wish to be a fine student. His mother cursed and subsequently disinherited him for that. In the beginning, when the East German control system was still lacking in sophistication, the trips with fake passports to the other side were still relatively easy. As the years passed by, things became increasingly difficult, but Burkhart continued to devise schemes to trick the border guards, some of which were never really found out by them.

At one point his identity was uncovered and he had to refrain from going East himself. Instead he organized an escape helpers’ team, which he furnished with the necessary papers and who acted according to his instructions.

At some point he was completely broke since there was no funding to pay for his efforts. Reluctantly he had to decide to ask the refugees for help, but only after they had arrived on safe shores. He helped to dig tunnels as well as having cars refitted for hiding refugees; the most famous of them was a used Cadillac, which was reengineered so one person could be fitted inside the dashboard. (https://www.voanews.com/a/berline-wallanniversary/2512371.html).

Burkhart became one of the most wanted men in the GDR. He successfully escaped two kidnapping attempts by the Stasi during that time.

Burkhart married in 1965. In 1967 he finished his doctoral exams and PhD, all the while continuing his work as escape helper. In 1969 his first daughter was born. But now his wife and infant were threatened with abduction, to be held hostage by the East German secret police. As a consequence Burkhart decided to hand his activist work over to two confidants so the young family could move to safer waters in Hannover.

Dr. Veigel became a highly successful trauma surgent and doctor with his own private clinic in Stuttgart, today run by his son. He helped advancing his profession in many ways, which made him reknowned and respected throughout the country. As a viola player he headed the local private orchestra for many decades. In his own words he understands his life and work as that of a Christian “foot washer.” He does what has to be done.

In 2012 the German government awarded Burkart Veigel the Federal Cross of Merit for his services as an escape helper. In 2016 he created the Karl-Wilhelm Fricke Prize which awards 25.000 Euros annually to personalities who bring light into the history of the totalitarian GDR.

With his foundation and website www.fluchthilfe.de, Burkhart helps othersunderstand and debunk the inhuman logic of totalitarian regimes to this day. He joined the Giraffe Heroes Foundation team in 2018.