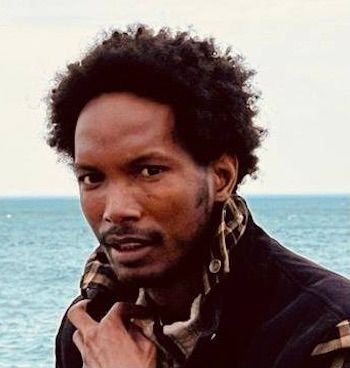 Summary: Chernoh Alpha M Bah is a whistle blower, journalist and anti-corruption campaigner who has defended the rights of the oppressed in Sierra Leone and elsewhere ever since he was a teenager. He has exposed corruption many times, founded and led organizations that publicize wrongdoing, and written books and given speeches about government misfeasance. He has been arrested, jailed, exiled, and threatened with lawsuits even as he lives in the United States. Nonetheless, he continues his whistle blowing against the governments of Sierra Leone and other African countries whenever they abuse their power.

Profile: Sierra Leonean Chernoh Alpha M Bah has spent virtually his entire life fighting autocrats and defending the oppressed, For his efforts, he’s had to fend off relentless threats, attacks, and penalties.

Bah’s childhood was traumatic: His father died when Bah was three years old, and his uncle regularly abused him. He fled the household when still a child: “For three years, none of my family knew where I was,” he remembers. He became a miner.

Early on, he developed a sense of what was right and what was wrong in terms of human dignity. When he was only 15, Bah helped form and then led the Pan-African Movement for Human Rights and Democratic Development, which advocated for civil rights for people in Sierra Leone. Two years later, he helped form the Awareness Movement, again, to instill democratic values into his country. And a year after that, after numerous attacks on the Awareness Movement by the ruling military junta, Bah became the editor of The Pointnewspaper.

He was soon exiled, and in Guinea formed yet another group: the Young Writers Association. This group, representing writers and journalists from all over Africa who had been attacked and otherwise persecuted, grew quickly. One result was that Bah was arrested and sent to prison on charges of “espionage and sedition”; the Young Writers Association and The Point were summarily banned. Bah’s response? When he was released, he formed the Africanist Movement. That group, with a goal of African liberation, unification, and socialism, soon numbered in the thousands. Bah spoke of the new organization: “We believe that this is a new period in the history of our struggle for the liberation and unification for Africa and African people worldwide.”

While being an activist for civil rights, Bah also pursued an education, getting a Bachelor’s degree at the University of Sierra Leone and then moving to the United States to work on a Doctorate at Northwestern University. He has written many books and given many speeches, focusing on the subject of corruption and political malfeasance. His advocacy is always at the forefront of his actions,

Bah continues to write letters and articles exposing corruption, detailing, for example, unlawful political campaigning by the former President of Sierra Leone Ernest Koroma, calling on the country’s Political Parties Registration Commission (PPRC) to help stop the illegitimate use of public and state resources, accusing the First Lady of spending hundreds of thousands of dollars in public funds on personal amenities, and accusing the Office of the Chief Minister of illegally thwarting procurement regulations and illegally awarding contracts.

If he returns to Sierra Leone, he has been promised arrest and detention. The Sierra Leone government has even threatened to sue him in the United States.. The attacks on Bah are not only limited to his home country,, but other African countries have also targeted his work.

Naming and shaming enablers of corruption is not an easy job in Sierra Leone.. Many whistle blowers have been threatened and silenced. The people exposed by Bah’s publications have not taken things lightly, but have fired back at him directly. “I am not able to live a normal life due to threats I receive almost every day,” says Bah. However: “I will continue to fight as long as I live. Stopping will be a betrayal to thousands of poor Sierra Leoneans who are affected by corruption. We want to see this country corruption-free.” He is ready to pay the price for his activism.

Bah is a doctoral student in the Department of History, Northwestern University in the United States of America. Initially educated at Fourah Bay College – University of Sierra Leone, he holds a Bachelor of Arts Degree in history and sociology and a Diploma in African Studies. Prior moving to the US, Bah worked extensively in West Africa as a journalist, whistle blower on corruption, political activist, and writer. Bah is the author of the Ebola Outbreak in West Africa: Corporate Gangsters, Multinationals, and Rogue Politicians(2015), and Neocolonialism in West Africa: A Collection of Articles and Essays (2014), and is currently the editor-in-chief of the Africanist Press, a media agency and investigative journalism project focusing on democracy and free speech in Africa. His current research concentrates on the history of medicine and medical experimentation in colonial West Africa.