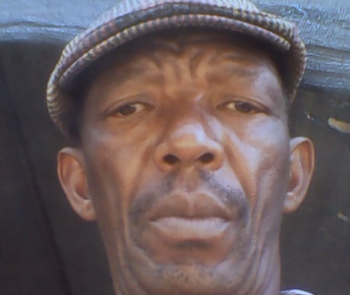 Summary. Christopher Mogomotsi Koitsioe, a former Staff Sargeant and evangelist, fearlessly stands against the forced evictions and mistreatment of residents of Marievale by the South African Defense Force, to make way for a military base. In actions that seem to perpetuate the legacy of apartheid in his community, he’s been arrested and his house has been firebombed. In spite of these direct threats to his life and that of his family, Koitsioe soldiers on.

Profile. Born in the village of Maeskraal in Rustenburg, Koitsioe joined the South African Defense Force (SANDF) but resigned in 2009 in protest against the Army’s policies of illegal forced evictions and ill-treatment of residents. ‘Fear of being at the wrong place started tormenting me’ he says, ‘as my colleagues in the army behaved in the same way as apartheid soldiers did to the public.’

Koitsioe’s fight against injustice started in earnest when he challenged an army colonel who had sent a battalion to evict a mother of three from her residence. Seeing this, Koitsioe could not fold his hands when the poor woman was traumatized, but was called to duty to defend the defenseless. ‘I confronted the army colonel while he was evicting one of the community, a mother of three, without a court order, and that was my first proof of my potential to fight for the voiceless,’ said Koitsioe.

For over a decade now, Koitsioe has been fighting for the right to decent housing for the residents of Marievale, a community located approximately 60 kilometers east of Johannesburg which includes South Africans, Basotho, Zimbabweans and Mozambicans. The police and some politicians accuse him of promoting lawlessness by defending foreign nationals and demanding that they be treated as humans. Koitsioe believes South Africa belongs to everyone who lives in it-—foreigners and locals included—as per the country’s Constitution, and that all human beings must be treated equally with respect and dignity. In 2010 Koitsioe was unanimously elected to be the Chairperson of the Marievale Community Association, an organization that challenges illegal evictions and mistreatment of residents.

When in 2015, the military came equipped to evict people in Marievale, Koitsioe with the help of his colleagues took the matter up with the Human Rights Commission and the eviction was stopped.

‘With the help of my colleagues, I took the matter up with the Human Rights Commissioner,'said Koitsioe, 'The commissioner then wrote a letter to the Defense Ministry informing the army that if the allegations were correct, the army must know that they are violating the rights of the community in terms of the Constitution. As a result, the military withdrew their plan to evict,’

But the army came again in 2017, now fully equipped and determined to evict. Their justification was that the evictions were needed to make way for a military base—but it is also noted that the community sits on large deposits of coal, which could be up for exploitation.

Koitsioe stood up and demanded a court order which was not forthcoming. He warned the army that if they were to evict people without a court order, he would mobilize the community to resist the illegal evictions. Feeling threatened, the army arrested and detained him for three days until they were done with the evictions.

‘Upon my release I continued to push the matter through the courts with the help of my colleagues. We went six times to court, always the court ruling on our favor,’ said Koitsioe.

Due to his activism that seem to threaten the political leadership, Koitsioe faces risks as he sacrifices for his community. In 2017 his house was petrol bombed three times, once when his wife was inside. No police investigation was carried out for he is considered to be a trouble maker.

Nonetheless, through his courageous work and example, Koitsioe has managed to lessen the culture of fear in his community as members today feel they can freely express themselves and challenge injustice.

Like a giraffe, Koitsioe sticks his neck out to defend the defenseless. Nothing seems to deter him from defending the vulnerable members of his community. He has become the voice of the voiceless at a time when such voices are scarce.

‘Nothing will stop me from accomplishing my mission,’ he says. ‘I will continue to expose injustice until my people can live a peaceful life.’