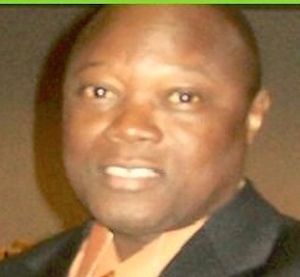 David Tam-Baryoh, a journalist in Sierra Leone, asked too many questions about the policies of the government. After he challenged the transparency of a financial decision in a radio interview, the government arrested, interrogated, and imprisoned him. His radio show was canceled, he was labeled an “enemy of the State,” and he had his passport taken away. Tam-Baryoh is part of the vanguard of citizens fighting to maintain their freedoms in an increasingly emboldened autocracy.

Profile: Some countries in the world give journalists virtually free rein to report what they can about malfeasance in either the public or private sector; some countries even encourage this practice, as long as the reporting is timely, accurate, and relevant. Other countries, however, take a much different approach.

So says David Tam-Baryoh, probably the most widely known journalist in Sierra Leone. Tam-Baryoh knows about the “accused of incitement” part of that quote. In 2014 he spent eight days in prison because of his reporting—without any formal charge.

Tam-Baryoh ran a radio program called “Monologue”, which addressed political issues affecting the country. He’s also the executive director of the Center for Media Education and Technology (a human-rights group) and the former secretary general of the Sierra Leone Association of Journalists. And he’s a member of several international press organizations, including the World Association of Newspapers.

In one Monologue interview, Tam-Baryoh asked his guest, the minister of Transport and Aviation, about a Sierra Leone procurement of 100 commuter buses from China. A Chinese company had loaned $12 million to Sierra Leone for the buses, but Tam-Baryoh’s research couldn’t find that the issue had been properly discussed and vetted by the government; there had been no transparency.

The minister didn’t take too well to these questions. Subsequently, Tam-Baryoh was arrested, taken to the Criminal Investigation Department headquarters, and interrogated. It was at this point that Tam-Baryoh complained of chest pains. He was examined and found to have high blood pressure and to be in a state of “hypertensive emergency.” Nonetheless, he was sent to prison and eventually released.

But things didn’t end there. Subsequently, Tam-Baryoh was labeled an “enemy of the State”. The government shut down his Monologue program, accused him of inciting public violence and disorder, and confiscated his passport; Tam-Baryoh cannot conduct any work outside the country.

It was not only the questions about Chinese buses that got Tam-Baryoh in trouble. For several years he’s been questioning and challenging a number of the government’s policies, including the unconstitutional removal of an elected vice-president, the seemingly arbitrary arrests and violence by the police, and even the president’s intention to run for a third term—also unconstitutional. And he’s not alone in his concerns. A fellow countryman, Sahr Sinah, stated publicly that “there are all indications that the current political dispensation is heading in the direction of a serious pattern of dictatorship.” And a prominent public figure, Komba Wusu, added, “Corruption is at its highest in the life history of our nation, and tyrannical operations are set up to silence journalists.”

The tension has not been relieved since Monologue was banned, but Tam-Baryoh is not discouraged: “I am taking my undeserved rest from the microphone,” he says, “though I am actually not banned as an individual. It’s the program they hate, but forgot that the presenter still lives. Maybe I should begin a program called Dialogue.”