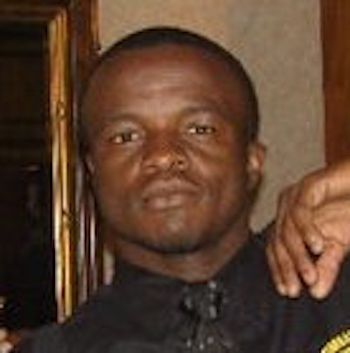 Summary: Emmanuel Gasa is an anti-HIV/AIDS activist helping those afflicted in Zimbabwe gain access to anti-retroviral drugs and educating people and about the disease. He’s been arrested for demanding that the government fund treatment for poor people and harassed by citizens who don’t want anyone discussing HIV/AIDS. The incidence of HIV/AIDS in Zimbabwe has been cut in half.

Profile: In a country where people with HIV are scorned and isolated, where the housing is scarce, where health facilities are denied to the poor, and where Zimbabwe’s Registrar General says that contraceptives are a “ploy by powerful nations to retard population growth in Africa”, Emmanuel Gasa has stood out in his attempt to help those afflicted with HIV and AIDS.

Gasa founded the AIDS and Arts Foundation, a non-governmental organization that advocates for anti-retroviral drugs and other HIV medications to be made accessible to anyone stricken with the disease. The Foundation often uses entertaining cartoons to get its messages across to a wide variety of people. It also holds community events to educate local government officials as well as the citizens they represent. And Gasa himself continually lobbies for help in preventing and treating HIV and in removing its stigma.

Gasa confronts many barriers in his quest for health and justice, not the least of which is the result of systems, policies, and attitudes that have been in place in Zimbabwe for many years: “The problem in Zimbabwe is that we now have institutionalized stigma, and the systems are not conducive for finding positive solutions.”

On the one hand, Gasa and the Foundation have seen a huge improvement of the overall HIV/AIDS picture in the country. The numbers bear this out: The prevalence of HIV has been cut in half over the last 20 years or so, from about 26% to about 13%. After millions of AIDS deaths, this is indeed welcome news.

On the other hand, fighting the stigma of HIV/AIDS is still challenging. In 2013, after a peaceful demonstration calling for the government to make anti-retroviral drugs available to those affected in Harare, Gasa and other activists were arrested and detained. And it’s not just the police who don’t want to learn about HIV/AIDS: Community members, ironically in areas hard-hit by the disease, are similarly antagonistic.

“We have been forced,” says Gasa, “to cancel our meetings by hostile community leaders who regard our works as Western-driven, and at one time we had to flee to safety after some rowdy community leaders ordered us to leave.”

Gasa and the AIDS and Arts Foundation address a number of issues relating to HIV/AIDS: Some urban hospitals are allowing drugs to expire on their shelves when people don’t come in to use them. But people in rural areas often have little or no access to hospitals or to drugs Others can get to the hospitals, but they can’t afford the consultation fees, this despite the fact that the Zimbabwe Constitution states that “No person may be refused emergency medical treatment in any health care institution.”

Gasa is particularly irked at the money issue: “We still have a lot of people who are dying because they can’t pay the required consultation fees. The challenge is that some policy-makers and government institutions cannot or will not comply with the Constitution’s (mandate for free emergency treatment). People die because they are not attended to at a hospital.”

Progress and obstacles: a typical journey for a Giraffe Hero. Also typical is Emmanuel Gasa’s determination to not let the obstacles get in the way of the progress:

“We will keep on working toward the eradication of HIV in the country.”