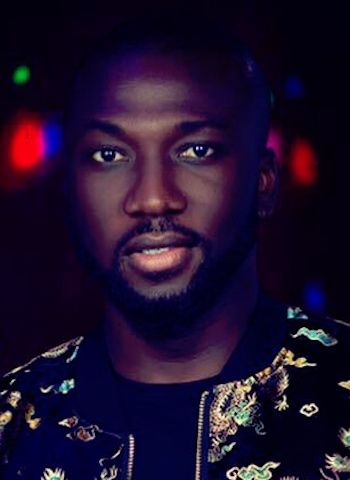 Summary: Emmerson Amidu Bockarie is a Sierra Leonean Afropop singer and songwriter who has become well known in his country for lyrics that promote social change and criticize government corruption. Bockarie was born in Freetown; his 2007 song, “Borbor Belluh” (“Pot-Bellied Boy”), drew attention to the malfeasance of government leaders. Largely as a result of the song’s popularity, voters tossed out the administration and replaced it with the All People’s Congress. Bockarie has been intimidated in many ways over the years, including being falsely accused of drug trafficking, but has continued to be one of Sierra Leone’s most effective agents for change.

Profile: “Borbor Belleh”. In the Krio language, that means “pot-bellied boy”, and it’s the title of a song released in 2007 by Sierra Leone entertainer Emmerson Bockarie. But “pot-bellied boy” is not as innocent as it may sound: It referred to the gluttony of the government. “Borbor Belluh” became the most popular song ever recorded in the country, and, as a result of people’s resultant anger and determination to effect change, ushered in a new government—the All People’s Congress.

Effecting positive change is exactly what Emmerson Bockarie means to do with his songs. He’s more than an entertainer; he’s been a major change agent in Sierra Leone for more than a decade.

“I know what people go through daily,” says Bockarie, “and in that context, my music stands out throughout the oppressed system of Sierra Leone as that voice which speaks for the majority of Sierra Leoneans. It’s clear that a lot of people can’t just talk for fear of intimidation and other ill-motivated response and actions from the powers-that-be.”

Bockarie himself has been intimidated, bribed, and more over the years. He has been banned from concerts. His posters have been torn. He has been threatened. He has even been labeled a drug trafficker: In February 2017, news reports began circulating that Bockarie was arrested at London’s Heathrow Airport with 2 kg of cocaine. Unfortunately for the people who fabricated this article, Bockarie posted a video showing that he was currently in Miami, Florida—not languishing in jail but rather enjoying his stay at a hotel surrounded by palm trees.

Born in 1980, Emmerson Bockarie grew up in Freetown, going to school and playing soccer. His father died when Bockarie was only two years old, and his mother died at the beginning of his career in the mid-2000’s. Bockarie spent a lot of his time listening to disillusioned Sierra Leoneans, and his first song, “U Go Si Am” (“You Will See It”, or, more accurately, “You Will Get Your Retribution”), warned that those who were stealing from the country would get their comeuppance. The song—unusually political for its time and place—became a hit, and others soon followed: “Borbor Belleh” and then “2 Fut Arata” (“Two-Legged Rats”, referring to thieving bureaucrats), “Yesterday Betteh Pass Tiday” (“Yesterday Is Better than Today”), “Rise”, “Kokobeh”, “Home and Away”, and “Survivor”.

Bockarie’s songs typically focus on corruption, but the precise topics of that corruption vary: millions of dollars to be spent to fight the Ebola disease gone missing, inconsistent electricity, mass unemployment (70% of Sierra Leone’s youth are either unemployed or underemployed), and lack of water, to name a few. And Bockarie has gotten results—not only local grievances being resolved but also young people becoming inspired to join the battle for change in their country.

He is still the most popular singer and songwriter in Sierra Leone, and, despite his largely nonpartisan lyrics—he focuses on issues rather than political parties—he is apparently still a target of the government. As recently as November 2017, the Tangains festival, 30 years old, was cancelled, largely because of Bockarie’s planned participation. Citizens are protesting the cancellation.

Emmerson Bockarie is largely unfazed: “No amount of intimidation,” he asserts, “will stop me from doing my work and speaking up for my people, because, just like my recent album is named ‘Survivor’, I am a survivor.”