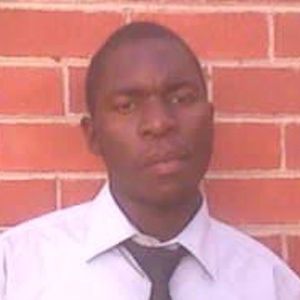 Summary: Ephraim Mutombeni has been arrested, harassed, and severely beaten because of his advocacy of efficient, honest, transparent government in his hometown of Masvingo, in southeast Zimbabwe. On numerous occasions, Mutombeni has organized protests and marches—events typically preceded by threats from the police and sometimes canceled.

“In Masvingo, he says, we have a serious challenge of corrupt officials who steal ratepayer’s money, resulting in the crippling of service delivery. This has contributed immensely towards the dwindling of standards in the city as residents now grapple with days of erratic water supplies and pothole-riddled roads. I took it upon myself to educate residents on the need to demand transparency within the town.”

To deal with the problem, Mutombeni founded the Masvingo Residents Trust (MRT), to stand up for the rights of the people in the town. For his efforts to protest corrupt government practices, Mutombeni has been arrested, harassed, and severely beaten.

One example: In June 2016, Mutombeni was organizing a march at the Zimbabwe Congress of Trade Unions building to draw attention to problems with local health care, education, infrastructure, and government. But before the march began, Mutombeni was apprehended, questioned at the police station, and then forced to witness the dissolution of the march and scattering of the participants. This was not a surprise, since the day before the march, state security forces had told Mutombeni that he should cancel the march or risk having a “serious accident”.

Mutombeni had experienced even worse persecution. The year before, Central Intelligence Organisation officers accosted him, dragged him to a nearby sewer trench, robbed him, and beat him up, causing severe facial injuries. That incident was also preceded by threats.

Mutombeni has also been accused and acquitted of various trumped-up charges related to his activism: “State agents raided our offices and demanded to know why I was mobilizing citizens in the town. I had to explain to them why I was doing so, and they cautioned me by telling me to stop those activities.”

But of course Mutombeni has no intention of stopping. Despite the attacks and arrests, he continues to monitor the government and to promote transparent, effective delivery of municipal services.

The problems Mutombeni confronts are not unique to his town. The infrastructure of Zimbabwe’s major towns continues to crumble. Recently, President Mugabe declared the country’s road network a national disaster responsible for the deaths of hundreds of people every year.