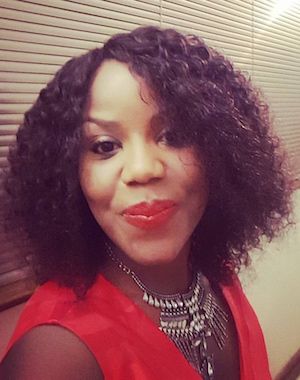 Summary: Attorney and Advocate Fadzai Mahere has continually challenged the Zimbabwe government about certain officials’ malfeasance and corruption. She’s been vilified and arrested, but she continues to speak out in favor of her fellow citizens’ rights and in support of the disadvantaged. Being a woman in a male-dominated profession—and society—has not deterred her; on the contrary, it has made her more determined to help people forge a just and humane government.

Profile: As an attorney, Fadzai Mahere is, if anything, overqualified. She attained a Bachelor of Laws (in Corporate Tax Law, Criminal Law, and Human Rights Law) from the University of Zimbabwe and then a Master of Laws (in International Criminal Law and International Commercial Litigation) from England’s Cambridge University. She returned to Zimbabwe and then spent 36 months fulfilling the requirements to become an Advocate, which means that she can argue cases before Zimbabwe’s highest courts. She’s dedicated to helping the people of her country: “I’ve always been passionate about issues surrounding Zimbabwe because there’s a lot of growth and development that’s waiting to happen. I really want to be a part of that.” And she’s committed to representing the less fortunate: “Human rights are my passion. That’s why I dedicate part of my tight schedule in defending the weak and marginalized. I will always be there wherever human rights are being violated in the country.”

You’ve probably guessed the one perceived negative going against Fadzai Mahere: She’s a woman in a man’s world.

That has hampered her at times, but it’s also inspired her to overcome those obstacles. She got used to it in school and proved herself more than capable as an attorney. And she got used to it in her profession, even though a male-ruled environment has sought to belittle her every inch of the way.

Mahere has become known for challenging “the system”. She has uncovered malfeasance at the highest levels of the government, and for that she has been denigrated, harassed, and even arrested; the latter happened when she was protesting the government’s economic policies. She has seen the Zimbabwe government become increasingly autocratic, and she constantly fights it—in her law practice and in public testimonies.

Mahere is adamant in challenging the status quo. “There has to be a basic standard to which we hold our politicians accountable,” she says. And to do that, Mahere believes that the citizenry needs to speak up more, regardless of the risks. She is appalled that some in the government have even admitted wrongdoing but have received no comeuppance because everyone expects that kind of behavior from them. “That attitude,” says Mahere, “has to stop. Before citizens can participate in bringing the state to account, they must have a voice.”

Fadzai Mahere is competent and ardent in her efforts to make Zimbabwe the country she believes it can be. She brushes off the power of the government to do bad things to her and focuses instead on her fellow citizens: “Part of the problem is ourselves. We must do more—for ourselves, for our self-respect, and for our national pride.”