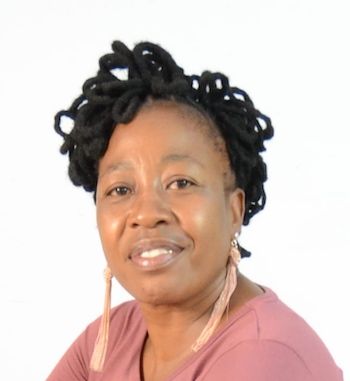 Summary: Francina Nkosi is a frontline human rights defender and a champion of gender justice and environmental rights in Lephalale, a mining community in South Africa's Limpopo province. Popularly known as the Queen of Human Rights and the Voice of the Voiceless, Nkosi is the leader of Waterberg Women Advocacy Organisation, a movement that promotes women’s empowerment projects and socioeconomic justice around mining communities in South Africa. Besides sitting on the board of a number of organisations, Nkosi is currently the Acting Convener and National Coordinator for Women Affected by Mining United in Action, which fights injustices perpetrated against women by the South African government and by mining conglomerates. Challenging powerful mining firms, some of them linked to top politicians, Nkosi puts her life in danger. Moreover, working far from home and constantly traveling locally and abroad, she spends less time with her family. In spite of these predicaments, Nkosi soldiers on, believing that she is on earth for a purpose—to save humanity.

Profile: Francina Nkosi sprang into action after realising that the global coal industry and other mining activities in South Africa cause serious environmental damage in pursuit of profit, leaving women and children bearing the most brunt.

In 2017, Nkosi and her colleagues launched a petition to stop EFIC, Australia’s export credit agency, from funding Resgen, a coal-mining company, for or threatening to displace community from their ancestral land. The company also broke commitments to provide essential services to impacted communities and refused community members access to a local cemetery. “They built a fence around the cemetery,” said Nkosi. “Now you have to ask security for permission to enter the cemetery to bury your loved one.” The company’s policies in general left the community poverty-stricken.

Australia is one of the biggest international miners on the African continent. So Nkosi traveled to Perth and called on the Australian government to introduce policies and laws needed to hold mining companies operating in Africa accountable. With the support of Action Aid Australia, 12,000 Australians stood in solidarity with Nkosi and her community, and funding of coal-mining operations in South Africa by EFIC was disapproved.

Nkosi is an advocate in other ways: She educates women on how to produce renewable energy and why it is the best alternative in a world hit by global warming. In August 2020, as the Acting Convener and National Coordinator for Women Affected by Mining United in Action, she organised nationwide protests that brought South Africa to a standstill.

She also brings to light the way mining companies treat women: “Women are not consulted when companies negotiate access to land, and they lose their farms; then food security becomes a problem. As women, we are excluded from royalties or compensation payments. Women are marginalised and their rights are undermined.” The nature of her work demands a lot of travelling locally and abroad. She has travelled to Nigeria, Mauritius, Zambia, Nairobi, Kenya, Mozambique, Swaziland and many parts of South Africa, to give lectures on women's rights, particularly on the negative effects of mining on women and children.

Fighting for human rights and environmental justice in South Africa has its price. Besides standing up for justice around South Africa and across the world, thereby spending less time with her family, Nkosi receives constant threats and lives in fear of her life and that of her family members. Many fellow climate activists have been killed in recent years by hit men reportedly linked to mining companies. Just last year, Fikile Ntshangase, a fellow climate activist from Kwazulu Natal, was gunned down, by suspected hitmen at her house in Empondweni. Stoically, Nkosi responds to those threats by saying, “We are all going to die one day. At least I will die for people’s rights.”

Nkosi clearly does not relish the thought of being stalked and threatened. Nonetheless, she is determined: “We are sick and tired of suffering,” she says, referring to not only women but also anyone else victimized by mining companies. “We want to be heard.”