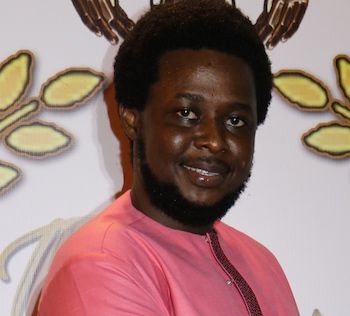 Summary: Lawyer Francis Ben Kaifala has been threatened, intimidated, and otherwise verbally attacked—all for demanding that the government of Sierra Leone respect human rights and the rule of law. Since he was appointed to head Sierra Leone’s “Anti-Graft Agency” in June 2018, however, Sierra Leone has dramatically reduced the incidence of corruption.

Profile: In a country where justice, good governance, and access to healthcare are often unrealistic dreams for the poor, and where democracy has continually come under attack, Francis Ben Kaifala stands out for his brave work helping his countrymen gain access to the courts and to justice.

In 2014, Kaifala established Kaifala, Kanneh and Co., a law firm that provides corporate law services but also advocates for and represents the poor and politically oppressed. Kaifala uses articles and short videos on social media to educate local government officials as well as the citizens of Sierra Leone on issues of law, good governance, and democracy.

The effort is not without hurdles. Kaifala has been continually threatened and intimidated, Once his political opponents got his landlord to eject him from his office premises.

The problem in Sierra Leone, Kaifala believes, is that over the decades, the country has experienced war, massive corruption, Ebola, mudslides, etc., but the country’s systems, including its political and legal systems, have not been strong or sophisticated enough to cope with all these challenges.

Kaifala also co-founded the Renaissance Movement Sierra Leone, which seeks to strengthen democratic institutions and practices while avoiding tactics that haven't worked in the past. Largely as a result of his work in both his organizations, Kaifala was appointed to serve as Sierra Leone’s “Anti-Graft Agency Boss” in June 2018. Since then, he’s set the country on the right path of a free nation through his robust, fair, but fierce measures in controlling corruption and bringing corrupt officials to book on behalf of the people of Sierra Leone. Local data indicate that corruption has been reduced by almost half and that Sierra Leoneans believe that their government is doing well in fighting corruption.

Still—fighting for justice, peace, and democracy in Sierra Leone remains a challenge. In 2016, for example, after a hike in the price of petroleum products, Kaifala requested permission for a peaceful demonstration aimed at calling for the government to reduce what citizens had to pay at the pump. Kaifala’s request was forcefully denied, even though in Sierra Leonepeaceful demonstrations are legally permitted. Neither the police nor politicians—many of whom profited from the price hikes—wanted Kaifala to protest.

Not content with his victories, Kaifala persists in his struggle for justice—a continuing battle in Sierra Leone. As he says, “We still have a lot of people who cannot access justice, as they can’t pay for litigation.” And, regardless of future intimidations and threats, Kaifala puts his country first: “It will be selfish for fear to come upon me, and the real driving force behind what I do is the desire to do good and be good.”