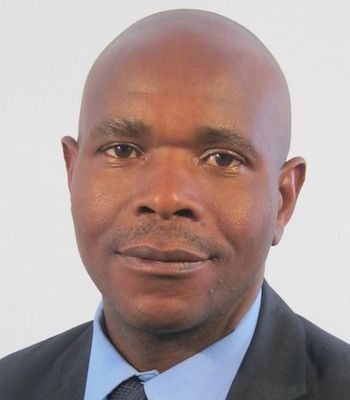 George Goliath is a Giraffe Hero for facing down threats and attempted assaults from police for his tough criticisms of government failures to improve Zimbabwe’s dangerous roads and enforce traffic laws. Despite millions of dollars collected annually through road levies, the Government has failed to upgrade the roads resulting in the deaths of thousands of citizens over the past 15 years. It has also failed in enforcing traffic laws, leading to more road mayhem caused by reckless driving, mainly drunk driving and speeding.

Goliath leads the Passengers Association of Zimbabwe (PAZ) which has been in the forefront in pushing Government to improve the poor road network, for example, in finally completing a new road to the airport. It has pressured Government to crack down on bad driving habits. It’s also been responsible for laws compelling public vehicles to compensate victims of road accidents through insurance.

All this is saving lives. But it has not endeared PAZ or George Goliath to Government. For instance, In Harare, he’s threatened with beatings by the municipal traffic officers when he confronts them on putting the lives of citizens at risk with unnecessary high-speed chases in crowded areas of the city. ”They also grab the educational pamphlets we distribute,” he said, “but that won’t derail our efforts in protecting lives.”