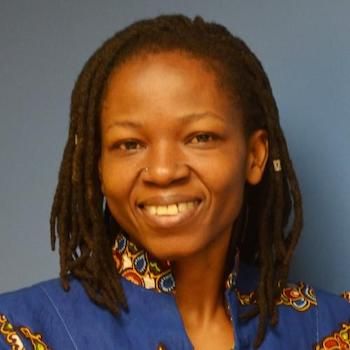 Summary: Glanis Changachirere is a Zimbabwean activist for women’s rights. In 2009 she founded the Institute for Young Women Development (IYWD), and in the years since has educated hundreds of thousands of women in their rights and helped them achieve education, jobs, and even positions in the Zimbabwe government. The patriarchal society has fought Changachirere every step of the way with threats and harassment, but she and IYWD have proceeded to change the culture in relation to women’s rights. They are currently pushing forward a Gender Equality Bill, which will challenge inequalities and injustices.

Profile: Glanis Changachirere has fought for women’s rights in Zimbabwe for virtually her entire life. For example, she fought her family’s decision to take her out of school and marry her off. “I loved going to school and wanted to do things my own way,” she says. “We fought until they took me to secondary school.”

When she did finally enroll in university, she became the only woman to join the Student Representatives’ Council. Why did she join? “Women are equal to our male counterparts and can equally represent their fellow students.”

As she grew older, Changachirere’s desire for equal rights grew stronger. In 2009, she founded and began to run the Institute for Young Women Development—IYWD. “It was my utmost desire,” says Changachirere, “to empower women in the country to aspire to be whatever they want to be, as the male-dominated landscape was not conducive for the girl child to freely express or aspire for any higher position, be it in government or private sector.”

In the years since 2009, IYWD has helped to advance women’s and girls’ rights and also challenge the systems that block those rights. It focuses on marginalized women, particularly those who live in rural communities and work on farms or in mines. Through her organization, Changachirere not only educates women but also promotes their entrepreneurialism: “It’s important for our society to realize that when they invest in young women, they invest in their community and therefore their nation.”

IYWD currently has a staff of 12, comprises over 7,000 members, and manages 65 Community Leadership Structures across four Zimbabwe provinces; it has reached 350,000 young women with its educational campaigns. Again, Changachirere: “One of the greatest achievements of IYWD is raising political consciousness of ordinary young women by educating them. “Young women in villages now stand up against injustice and challenge the power structure without fear,” she says. Given the fact that many young women are employed and face constant discrimination, this is no minor achievement.

As might be expected, in such a traditionally male-dominated society as Zimbabwe, Changachirere’s efforts have been met with harassment and threats. Many of her community meetings have been canceled as a result. Nonetheless, there have been many successes, including three women mentored by IYWD being elected to Parliament and local government in 2018. Another success: IYWD persuaded the government to provide water, electricity, garbage collection, health clinics, and cellular connectivity to women in rural areas. The latest goal: to carry to the Parliament and Ministry of Justice a Gender Equality Bill. This, says Changachirere, will challenge “cultural inequalities and injustices that young women suffer due to existing economic models.”

Glanis Changachirere has changed her country’s culture for the better, and she continues to strive for improvements: “Our vision is to see a society in which young women are able to have access to resources and opportunities, to live a life of their choice.”