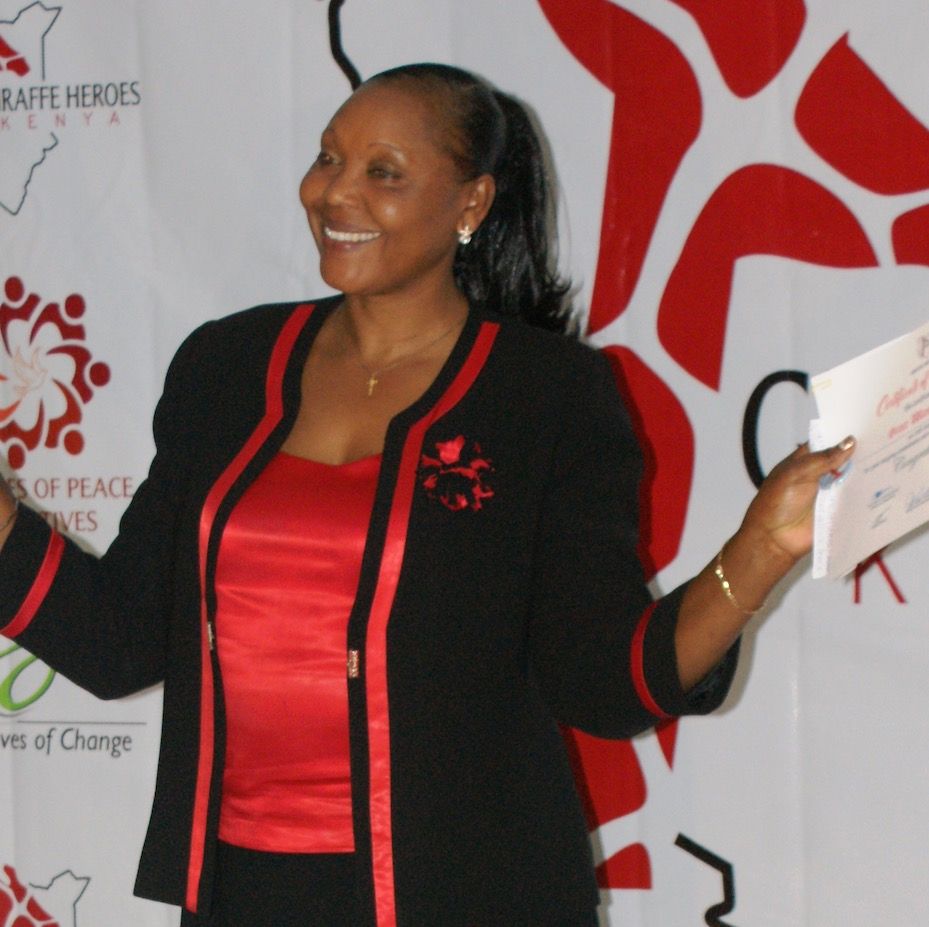 In 1987, Grace Kibuku embarked on helping glue sniffing street children. She quitted her college studies to help these young people who were being subjected to commit crimes. This did not endear Grace to the thugs who were loosing their livelihood as a result of her efforts to rehabilitate the young people and she continuously faced death threats.

Since 1997, Grace has been supporting people, mostly children affected and infected with terminal illnesses like HIV/Aids and cancer. In 2000, Grace formed Agape group through which she has organized medical camps and food donations for the less fortunate in the society transforming the lives of over 500 children.

In addition, during the 2008 post election violence, Grace Kibuku coordinated the shelter boxes that housed women and children. She also went into the war zones and rescued over 150 orphans who were sorrounded by worriors threatening to rape young girls. Grace offered their hotel to accommodate women and children whose homes were burnt and this infuriated the perpetrators and their hotel worth millions was burnt down.