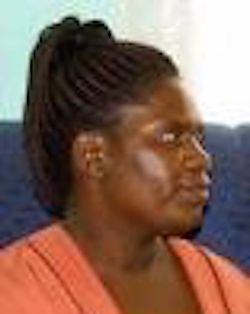 Betty Makoni knows all about the traumas that can befall a girl child in her country, Zimbabwe. She lived through horrors herself and is making sure that other girls' childhoods are nothing like her own.

Makoni escaped abuse by getting a working scholarship to an all-girls boarding school and going on to earn two degrees. As a teacher in co-ed schools, she witnessed the prejudice and violence that beset her female students. Male students and teachers harassed the girls; strong forces in the culture are stacked against girls. Child labor, female circumcision, forced marriages, beatings, sexual slavery and rape are all too acceptable. There is even a widespread belief that sex with a virgin cures HIV.

Teacher Makoni spoke out for community and faculty support for the girls, to no avail. On her own, she organized a “club” of and for her female students, assuring the girls that they had a right to be treated decently.

Calling her effort the Girl Child Network, Makoni quit her teaching job and walked across the nation, talking to everyone she met about protecting and supporting girl children. Despite the old cultural forces, people all over the country recognized that Makoni was right and offered to help expand the GCN.

There have been others who learned what she was doing and reacted quite differently; Makoni has been arrested, harassed and intimidated by police. One possible reason for police moves against her: Makoni has denounced high-ranking public officials for raping girls. She’s been attacked in her own home by masked men who axed their way through her door, calling her “the woman who causes nothing but trouble.”

In the safe settings the GCN provides, girls who have been through nightmares of abuse are healed, educated and set on paths to productive lives. Girls establish bonds, learn that they aren’t alone, and begin to believe in themselves and each other.

There are now over 700 GCN clubs throughout Zimbabwe and “Girls At Risk Support Units” where abused girls can live safely and be rehabilitated. Makoni has staffed the units with volunteer counselors and social workers. She is working to change the grassroots culture through “information cafes,” where people can learn about seeing girls differently and treating them well. At the state level, GCN advocates for laws protecting girl children and for police enforcement of those laws.

Thanks to Betty Makoni more than 30,000 girls in Zimbabwe have joined GCN’s clubs and the Network’s methods have spread to Swaziland, Malawi and South Africa.