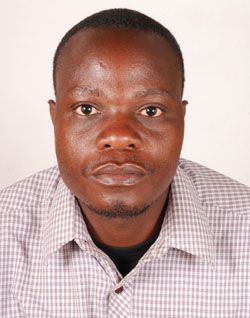 When Zimbabweans voted “Yes” in favor of a new constitution, little did they know that it was just a “worthless paper” that the ruling ZANU PF government did not care to abide to.

Arbitrary arrests of citizens characterized by brutal police torture typical before the ushering in of the new constitution were to continue with civic society leaders being the latest targets of the state machinery.

One such citizen who was caught “in the line of duty” is 34-year-old Human Rights Defender Danmore Chuma who is the National Coordinator of the Youth of Zimbabwe for Transparency and Progress, a civic organization that advocates for transparency and that safeguards and defends human rights in Zimbabwe.

It was during a peaceful march for jobs that Chuma was heavily assaulted (whilst in chains) by the police and detained at a Remand prison for close to a month.

According to Chuma, he had mobilized scores of jobless youths to protest peacefully in the Harare Central Business District, demanding that the government provide the 5 million jobs that it promised after winning the elections last year.

Before they had even attempted to march towards the parliament building where they intended to handover a petition to the Speaker of Parliament, heavily armed police pounced on the youths, beating them up with heavy baton sticks.

“I had mobilized scores of youths demanding that the government provide us the 2 million jobs that it promised us .We were arrested, tortured and later detained in a filthy and horrible Remand prison for 23 days.

We were not even allowed access to a doctor nor did we receive medical attention, despite the fact that the magistrate court had ruled to that effect since the state had failed to prove its case that we were leading violent protests in the CBD,” said Chuma.

Chuma added that despite the incarceration and beating that he endured at the hands of the police, he remains resolute in defending human rights and democracy in Zimbabwe.

“The struggle for justice and equity will continue despite torture, endless arrests and continued death threats on my life. We will never fold our hands and watch the continued decay of what rightfully belongs to us. No amount of torture shall ever silence us,” he concluded.