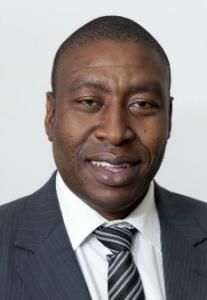 In 2008, the government of Zimbabwe took control of the Marange diamond fields, an important resource for the country’s economy, discovered just two years before. The government claimed that wildcat diamond miners were funding rebel groups and so needed to be controlled. However, activist Farai Maguwu claims that in addressing that perceived problem, the military and police created something far worse—systematic abuse of illegal miners, suspected illegal miners, and even innocent bystanders who happen to live in the area. Maguwu partnered with Human Rights Watch researchers to document beatings, torture, forced labor, and killings of local villagers at the hands of soldiers controlled by Zimbabwe’s one-time ruling party that still controls security in the coalition government.

For Maguwu, the miners’ “legality” is not the issue: “The government should not brutalize its own people even if these people have been caught on the wrong side of the law . . . Setting dogs on these people, beating them up, and killing them—this is a very primitive way of dealing with offenders.” Now the director of Zimbabwe’s Center for Natural Resource Governance, he has been working with international organizations to bring pressure to bear on Zimbabwe to improve the lot of the miners and also to account for the mining profits. In a country that lacks funds for the most basic governmental services, the profits from its most precious natural resource have reportedly been going to a few shadow companies, high-level politicians, and the very military and police personnel who are supposed to be safeguarding the mines.

Maguwu does this work at great risk to himself and his family. In May 2010, two days after meeting with a monitor from the world’s diamond control body to discuss the Marange abuses, Maguwu was pulled from his home by men in uniform and charged with providing false information. He was imprisoned for more than a month, denied needed medical care, moved from one prison to another without notice to his attorney, and finally released because of international pressure. Six months later the charges were dropped, but Maguwu remains under close government surveillance.

Maguwu reports that while violence in the Marange diamond fields has not stopped, it has greatly diminished because of the international attention it has received. That attention can be both positive and negative, as Maguwu described in a June 2012 radio interview:

“When consumers hear of human rights violations in a diamond-producing community, they become skeptical. They feel that the diamond could be associated with internal conflict, and they don’t want to express love to their loved ones through something that was sourced from a conflict zone or something that led to the death of someone . . ..”

Maguwu is currently working to enact a “Diamond Bill”—laws ensuring an open bidding process for mining companies, so that everyone in Zimbabwe can benefit from the nation's diamonds. He believes that the entire industry should be fair and transparent. As he points out, how the country restructures the process is critical:

“If a house is wrongly built at its foundation, whatever you are going to build on top of that foundation will come to nothing.”