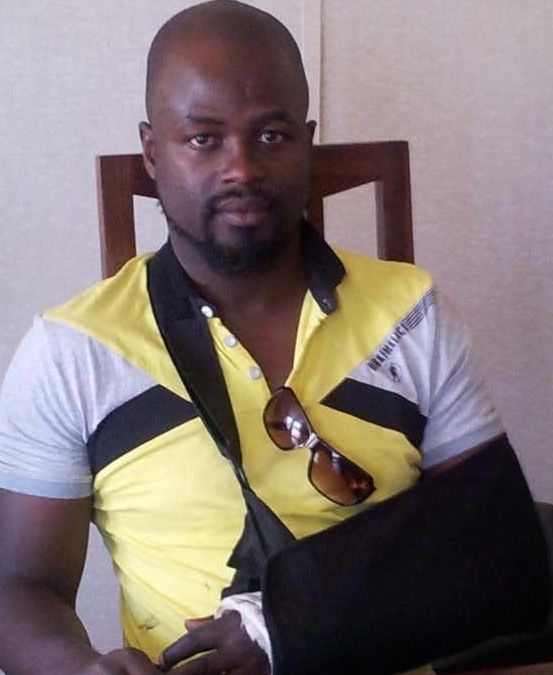 Kennedy Masiye, a lawyer with the Zimbabwe Lawyers for Human Rights (ZLHR), was recently severely bashed by the police whilst attending to protestors who were demonstrating in the Harare Central Business District (CBD) against the country’s worsening economic situation.

He had quizzed the police officers to clarify the charges they were arresting the protestors since the new constitution had a provision for freedom of expression.

Despite suffering a fractured hand as a result of the assault, Masiye has vowed to continue representing victims of human rights violations and said;

“They just broke my hand and not my spirit. The police have baptized me into human rights work”