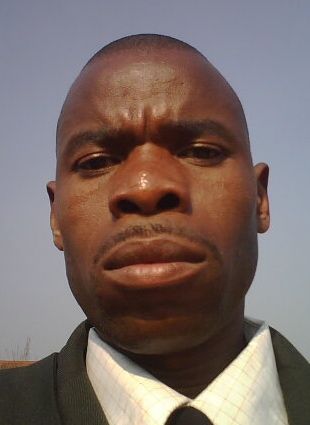 The rate of environmental degradation due to alluvial gold mining has left the community of Penhalonga devastated. A once beautiful, serene

and quiet natural habitat has become ravaged, dusty and made uninhabitable by the mining operations of DTZ OZGEO. The company has caused such environmental damage as has not been witnessed in Manaicaland Province since time immemorial. The Mutare River, which epitomized the beauty of Penhalonga, has had its course shifted several times as the miners searched for gold.

DTZ OZGEO is a joint venture between the Russian state-owned All Russian Foreign Economic Association on Geological Prospecting (Zarubeyhgeologica) and the Development Trust of Zimbabwe. Major shareholders in DTZ are ZANU PF stalwarts, making the company untouchable.

Until now, the majority of the residents of Penhalonga had been resigned their to their fate as they feared retribution from politicians should they voice their concerns.

Amidst the gloom, a man from Penhalonga rose to take the Environmental Management Agency (EMA) to task over the environmental degradation in Penhalonga. Rumeni Forbes Makufa, chair of the Penhalonga Community Development Trust, first held consultative meetings with residents in Penhalonga before approaching the environmental management agency. At first, EMA officials in Mutare just gave Makufa a promise that they would visit Penhalonga and assess the level of environmental damage. When the officials did not visit Penhalonga, Makufa took his fight to Harare where he raised the community grievances with officials from the EMA head office. Then he adressed a public meeting organized by civil society. His calls were backed by civil society activists who urged EMA to take action.

All this action was very risky given that the mining company is part-owned by powerful people in Zimbabwe. “I have no choic,” says Makufa. “Penhalonga is my home. It is not normal to just stand by and watch such unfortunate events without raising concern. I am glad more and more people are beginning to see the light and demand that action be taken to save our once beautiful environment.”

In March 2014, a few weeks after Makufa had pleaded with EMA in Harare, the Environmental Management Agency slapped DTZ OZGEO with a fine and stopped their operations with immediate effect following a field visit to the mountainous gold rich Penhalonga. Makufa has also travelled to Mutasa to meet officials of the Mutasa Rural District Council to demand responsible mining by DTZ OZGEO. Makufa does this advocacy work on a voluntary basis, with the support of the Penhalonga Community Development Trust.