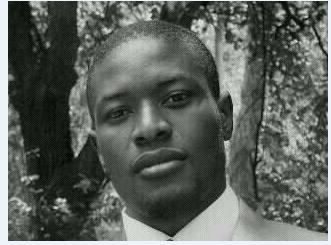 Imagine being rendered destitute and homeless from ancestral land that you once called home for decades following heavy flooding that ravaged everything that you possessed?

Like the infamous Cyclone Katrina which pounded parts of Mississippi, that was the similar situation which characterised heavy flooding that pounded Zimbabwe’s Masvingo province in February 2014 leaving a trail of destruction.

The heavy rains destroyed the livelihoods of poor villagers of Tokwe and Mukosi villages eroding everything they had including‘s crops live stocks, schools, clinics and shops.

Again the flooding came as a great blow to the villagers as prior to that they had been resisting evictions from the government which wanted them out of their ancestral land and pave way for the construction of a multi million dollar dam project.

Earlier on a few families had received compensation and had been moved to Luanetsi ranch some 100km away but the unfortunate ones who had not accessed compensation had to be “evicted “by the heavy rains.

What further contributed to the flooding was actually the incomplete dam project that had to let millions of megaliters of water flow out of the dam as it was above normal capacity.

Hence the marauding water had to erode everything along its path thus affecting the villagers.

Along the way as they resisted evictions from their ancestral land, there was a leader who had been championing their rights, TasaraWamambo a 27 year old man who is the Chairperson of the Tokwe Mukosi People Rehabilitation and Resettlement Trust (TMPRRT).

Wamambo has been vigorously lobbying government and other stakeholders inasmuch as the welfare of the people of Tokwe and Mukosi is concerned and has been doing so even before the flooding.

According to Wamambo he set up TMPRRT in 2009 after realising that his people’s rights were being violated.

“I come from this area and my grandparents reside here. When the government began forcibly evicting people I realised that there was need to advocate for the rights of the villagers.

I had to coordinate with other villagers and set up a committee which later became the TMPRRT in 2009”, saidWamambo.

Wamambo added that before the floods came TMPRRT had facilitated the processing of compensation of some families that were relocated to Luanetsi Ranch .The government had to pay several thousands of dollars to each homesteads before resettling.Wamambo had mobilised resources such as food stuffs and Tents from well wishers following the flooding.

“I have been advocating for the compensation of the families first before relocation even before the flooding began. When the floods ravaged the community I had to mobilise resources for the affected and It hasn’t been easy because the effects are so devastating and are still being felt as of now.

As of now the situation is still very bad as the affected villagers do not have proper places to stay, enough food to eat and children are not going to school,” added Wamambo

What Wamambo had done is an encouraging testimony to a community that has lost hope. As we speak thousands of the poor villagers are residing at refugee camps with limited access to food healthcare and water. The cash strapped Zimbabwe government recently appealed to the donor community for US$20 million to assist the affected villagers.

As Wamambo puts it, “I will never abandon my people and will continue advocating for their welfare “he concluded.