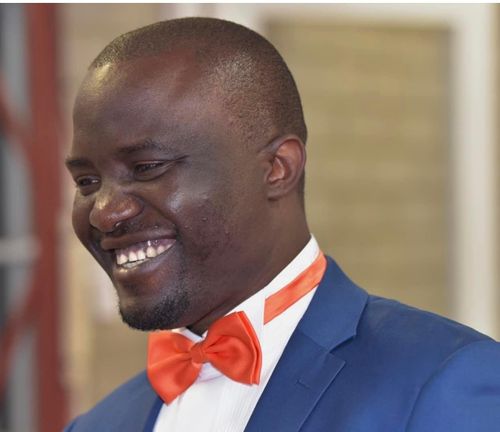 Summary: Author, lecturer, editor, scholar, educational consultant, and researcher Dr. John Idriss Lahai campaigns in Sierra Leone against people—particularly people working for the government—who use fake academic degrees to get and maintain their positions. He has rejected bribes and withstood violent threats to continue to expose academic scams.

Profile: The proliferation of people flaunting false degrees, like Ph.D.’s, from unaccredited “universities” seems to be proliferating in Sierra Leone. Dr. John Idriss Lahai has made it a goal to expose the people brandishing these degrees.

The issue of fake degrees affects many Sierra Leoneans. Unemployment is high, it’s very difficult to acquire a legitimate degree, and jobs are often denied to qualified people and given instead to holders of fake degrees who clearly don’t deserve those jobs and don’t perform well in them, especially in government positions. As part of his continuing campaign, Lahai has exposed Sierra Leone’s Inspector-General, Minister of Tourism, Minister of Agriculture, and Inspector General of Police for using fake degrees. He has even named members of the ruling party—the Sierra Leone People’s Party—to which he himself belongs.

Of course this makes some people unhappy. Lahai has received death threats for his investigations and has not been protected by the Anti-Corruption Commission. He has also been offered money to stop his accusations. In one such instance, a top government official offered Lahai $15,000. Lahai’s response was to reject the money and then publicly identify the person who bribed him. Part of his public response was : “I consider it an insult for you to even think I can be corrupted, much less I talk about you making that proposal. May you and your proposal of $15,000 bribe money burn in (hell)”

On the positive side, more people are now aware of the issue, more people are inspired by Lahai’s revelations, and Sierra Leone’s Parliament has begun to investigate ministries, departments, and agencies in order to substantiate Lahai’s accusations.

Dr. Lahai remains loyal to the many graduates who, despite their legitimate degrees, remain unemployed. He is clear on the importance of this issue: “Our national interest is dependent on the strength of our education sector and its attendant impact on the workforce we produce. This is more important in our fledgling economy than anything else.”

Lahai himself has a legitimate academic background: His degree is from the University of New England-Australia, he’s lectured at Fourah Bay College-University of Sierra Leone, and he’s authored books, conducted research, and consulted on educational issues.