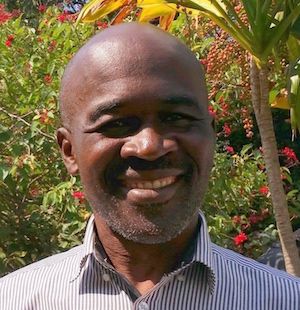 Summary: In the rural area of Goromonzi, Zimbabwe, John Manyana and his Simukai Residents Trust fight to help farmers regain their land after it’s been seized by developers wanting to convert farms to urban structures. For his efforts, Manyana has been threatened by these “land barons,” who see him as a threat to their profits. and his entreaties to local government (often in the pay of these barons) have for the most part been ignored. Still, he tirelessly advocates for the farmers and has helped some families win back their land through the courts.

Profile: Imagine that you wake up one morning and you see construction workers using machines to drill holes on the land where you live and farm. When you ask what’s going on, you’re told that the holes are for new construction, sanctioned by the government, without your consent.

John Manyanya, founder of Simukai (“Uprise”) Residents Trust, is doing his best to help farmers in Goromonzi who are facing just such crises. The land in question is not directly owned by the farmers but is “communal land,” meaning it’s owned by the surrounding village as whole, but used by individual families, often for generations under arrangements which are much cultural and traditional as legal. Such loose arrangements worked well so long as the area stayed rural. However, Goromonzi, just ten miles from the capital city of Harare, is now a prime candidate for urban expansion by city dwellers seeking cheaper land.

Unscrupulous “land barons” are now taking advantage of that pressure. These barons are making deals with/bribing local Rural District Council officials (who formally administer the land) as well as local traditional chiefs and headmen, to toss farmers and other villagers out of their homes and destroy arable land to make room for the urban expansion that lines their pockets. The land barons are heavily connected to the ruling ZANU PF party, which to date has simply stood by and watched the land grabs.

“In Goromonzi,” Manyana says, “communal farming and grazing lands, and homestead plots are being seized by the District Council without following any protocols of consultation with affected families, or raising any prospect of compensation. Turning of their farming lands into urban residential stands has condemned the Goromonzi rural community to poverty, since farming and gardening is their source of livelihood.”

John Manyana and his Trust help defend land targeted by the land barons. He’s mobilized villagers and confronted Rural District Councils seeking redress. And he’s helped families go to court—not only to protect their property, but also to regain it after it’s been taken away.

He’s been successful in many cases, which means that he’s made many enemies.

“I’m now living in fear,” says Manyana, “from these barons who are threatening me for hindering their work here in Goromonzi. However, I won’t be deterred by their actions and will keep on defending poor villagers.”

The situation is not improving. Manyana sees rural communities like Goromonzi being impoverished all over. “Community livelihoods,” he says, “have been drastically affected as a result of loss of agricultural incomes. Still, the Goromonzi District Council insists it will convert all communal lands within seven kilometers of Goromonzi Post Office into a suburban residential district.” Not only that, but “The wealthy are buying up whole tracts of communal land, while the vulnerable poor are oftentimes asked to demolish the little they have and relocate wherever.” Some residents have been told not to bury their dead on their homesteads.

Manyana continues his fight against a powerful duo: big money and big government. He can only hope that ethics, kindness—and a still viable court system—will prevail.