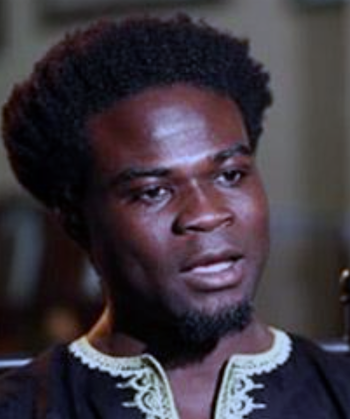 Summary: Joseph Ben Kaifala is an author, lawyer, human rights activist, and founder of the Jeneba Project, Inc., the goal of which is to provide quality education for underprivileged girls in Sierra Leone and neighboring countries. Kaifala has received physical threats and financial challenges as a result of his advocacy. Many governments as well as individuals do not recognize the worth of females, and Kaifala has had to struggle in order to make positive changes.

Profile: For over a decade, Joseph Ben Kaifala has aimed to restore the dignity, pride, and future of girls in Sierra Leone.

Education is key. Sierra Leone has one of the highest illiteracy rates in the world. Over 60% of girls and women cannot read or write. Kaifala is passionate to ensuring education is being physically accessible to girls, especially those living outside the Capital, where access to quality education is a privilege for many if not all. “We aim,” he says, “to transform the face of education for girls in Sierra Leone with a mission to foster intellectual growth, develop leadership and create ripples of social impact across communities”

To that end, Kaifala helped to establish the Sengeh Pieh Senior Secondary School Excellence Academy, which provides girls access to a quality high school education and a promising future. He also founded the Jeneba Project, Inc., which serves the Mano River Union countries of Sierra Leone, Guinea, and Liberia. The Project provides scholarships for girls, academic supplies, and a long-lasting educational infrastructure, including schools and libraries. That infrastructure often includes “amenities” such as wells, electricity, and toilets. In Sierra Leone, less than seven percent of the rural population has access to toilets with a septic tank. Absence of basic amenities is key to retaining women in school.

Kaifala was born in Sierra Leone, lived as a child in Liberia and Guinea, studied in Norway and the United States, and acquired several degrees, including a JD and Certificate in International and Comparative Law from the Vermont Law School. His focus has been on Sierra Leone and neighboring countries—helping them recover from civil wars as well as aiding citizens, particularly girls and women, in their struggles to attain a proper education and livelihood.

His work has come with challenges. He has traveled to hard-to-reach areas in Sierra Leone and elsewhere. He has been lambasted on social media for his defense of girls’ education. He has been physically threatened by those who don’t agree that underprivileged girls deserve the same opportunities as everyone else. He has been continually stymied by corrupt authorities. For example, the government of Sierra Leone banned pregnant girls from school; Kaifala condemned the decision and protested it. And he has been financially blocked by government and other organizations that don’t want to spend money on helping females or contributing to their welfare and empowerment.

He argues, “I run a small nonprofit in Sierra Leone that aims to improve the lives of children by building schools for them to attend. Recently, representatives for a grant organization told me point blank that they could not see how building schools for children promotes their human rights. I did not receive the grant, but that experience got me thinking of how donor interests transform the charitable purpose of many nonprofits.”

Kaifala speaks six languages, writes books, and appears on various forms of media to advocate for his causes, for which he remains steadfast. He is also the co-founder of the Sierra Leone Memory Project, which is dedicated to recording testimonies from all those who survived the Sierra Leonean civil war. Kaifala’s aim here is to help preserve the history of the civil war in order to help prevent a repetition of similar atrocities.