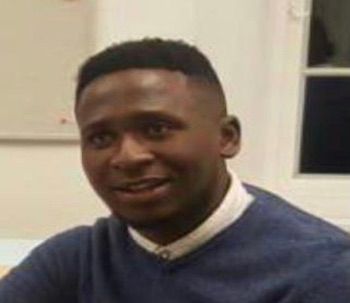 Thumbnail. Kudakwashe Makanda is a human rights activist, environmentalist and member of the Youth Initiatives for Community Development Trust (YICDT) a non-partisan organization promoting transparent, equitable and sustainable mining of black granite, a valuable building material found in abundance in Mutoko. He’s been arrested several times together with villagers while leading campaigns against destructive mining practices. That has not deterred him.

Profile. Black granite, a valuable building material heavily sought internationally, is found in abundance in Mutoko district, some 120 miles from Zimbabwe’s capital of Harare. But this resource has not offered much benefit to the people of Mutoko who continue to live in abject poverty since mining of the rock began in the 1970's. Shortages of drinking water and electricity are widespread. Roads are in a very bad state and houses are cracking as a result of dynamite blasting and movement of heavy earthmoving machinery.

Chinese mining companies have been accused by the villagers of causing rampant environmental degradation in the area as well as displacing scores of people off their land without compensation. The Zimbabwe government has been turning a blind eye and has been issuing dubious mining licenses to the Chinese at the expense of its own citizens.

Just recently a leading non-governmental organization, the Centre for Natural Resources Governance (CNRG), led by Giraffe Hero Farai Maguwu, published a report charging that government and politicians demand bribes from extractive companies and this undermines its regulatory role and explains why so many companies operate outside the law and why government does not hold them to account. Consequently government ends up facilitating illicit financial flows by helping companies to avoid paying taxes because they pay politicians and government departments.

Makanda confirms these allegations regarding Mutoko. “The situation has been worsened,” Makanda says, “by councilors and chiefs who are on mining companies’ payrolls and they get free monthly fuel and groceries just as a measure to keep them compromised. These are public officials, elected and appointed to represent the wishes of the people.

Kudakwashe Makanda mobilizes villagers against these injustices. “I have been arrested on numerous occasions due to my activism,” he says, “but that hasn’t stopped me from standing up for what is right. Mutoko is the land of our ancestors and we have the duty to safeguard our land from the Chinese who have caused a lot of damage to the environment as well as displacing villagers due to granite mining.”