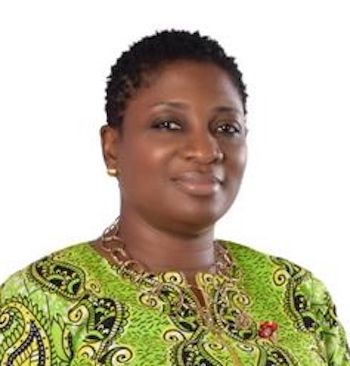 Lara Taylor Pearce became a Giraffe Hero in 2020 due to her outstanding and selfless service to the people of Sierra Leone since she became Auditor-General over a decade ago, earning a reputation for efforts to improve public sector accountability. She won international praise for her real-time audit of the financing of the 2014-2016 Ebola pandemic response, which exposed stunning corruption.

However, Lara Taylor-Pearce was suspended by President Julius Maada Bio in November 2021, weeks before her office was due to present an annual audit of the government’s handling of public finances in 2020.

Taylor-Pearce was handed a letter addressed to the supervisory board of the state audit service (ASSL) that requested herself and deputy be immediately suspended while the attorney general sets up a tribunal to look into ASSL’s work.

On 22nd March, 2022 Lara made her first appearance at the High Court Building in Freetown before the Tribunal set up by President Bio to investigate allegations of professional misconduct against her and Deputy – Mr Tamba Momoh.

Rowland S.V. Wright Solicitor acting for Lara Taylor-Pearce said that they were invited to appear without any published rules of procedure or rules of evidence and without any specific charges neither witness statements”.

On 22nd February 2015, current president Bio who has since suspended Lara, wrote a letter of commendation to former president Ernest Bai Koroma lavishing praises on Mrs. Taylor-Pearce for professionalism and commitment to duty.

It could be recalled that Lara’s suspension came after she bravely and publicly challenged the quantum of moneys that the External Technical Auditors reported had gone missing under the APC, by countering that it was far less than was being touted by the present government.

Summary: Lara Taylor-Pearce is the current auditor general of Sierra Leone and has more than 29 years of experience in public and private financial and administrative management. She has won many awards for helping change Sierra Leone’s public-sector accountability landscape, and she has battled government officials who have attacked her for telling the truth about various audits over the years.

Original Profile: “It is important Sierra Leoneans are better informed about what is really happening with government finances.”

That quote is from Lara Taylor-Pearce, the Auditor General of the Republic of Sierra Leone. Since her appointment to the post in 2011, she has put forward more than a thousand recommendations for improving financial management—this despite frequent obstacles. Those obstacles include government officials who have not only criticized her work but also attacked her on social media. For example, senior members of the government pushed her to deny some of the allegations of public financial corruption in the 2019 Auditor General’s report; she refused.

Taylor-Pearce takes pride in reporting the truth, in crusading for public accountability, and in educating her fellow citizens about the importance of transparency in the country’s financial matters. In addition, she introduced special audits such as for the use of Ebola funds.

Her positions have been many and influential: Principal Finance Manager and head of administration for the Institutional Reform and Capacity Building Project, Finance and Administrative Manager for the Public Sector Management Support Project, technical assistant in the Accountant General’s Department of the Ministry of Finance, and supervisory senior for KPMG Peat Marwick.

Taylor-Pearce is mainly known for her strong presentations of audits and her determination that the government must base its policies on the results of those audits, particularly when, for example, millions of dollars are unaccounted for. And yet it is difficult: “Doing our job and maintaining our independence,” she says, “is a daily struggle. . . . I think the government views us as a necessary evil. Yes, we shine a light onto things that they would rather keep hidden; but we also lend credence to the accountability framework in the public financial management system, ensuring their actions are given greater national and international credibility.” This opposition comes even though, as Taylor-Pearce says, her actions are honorable: “We are not investigating [ministries] to cause problems but to ensure that funds for the development of Sierra Leone are being spent judiciously.”

Taylor-Pearce and her group—the Audit Service Sierra Leone—oversee 39 ministries, departments, and agencies; 19 local councils; 149 chiefdoms; 64 statutory bodies; and many donor-funded projects. They have been successful in slowing down the misappropriation of funds, thus benefiting Sierra Leoneans. As a result, the government is much more alert now to using funds as they are meant to be used.

So, despite the pushback from agencies that clearly do not want to be audited and the attacks from various sources, Taylor-Pearce soldiers on for the good of the country. She continues to focus on not so much the audits as on what happens after the audits are reported. As she says, “The real work begins when those responsible take action to put our recommendations into practice.”

In addition to her official work, Taylor-Pearce, has contributed her own money to help vulnerable youth and is a strong advocate for women’s empowerment and gender parity issues. Her voice as a strong woman has helped in bringing hope to a number of vulnerable women in Sierra Leone who are exposed to gender based violence.

As a result of her impeccable character, honesty and principle, Taylor-Pearce was honored with the 2015 National Integrity Award from the Sierra Leone Anti-Corruption Commission.

Taylor-Pearce holds a degree in Economics with Honors from Fourah Bay College-University of Sierra Leone and an MBA in Leadership. She is a fellow of the Association of Chartered Certified Accountants (FCCA), U.K and of the Institute of Chartered Accountants of Sierra Leone (FCASL). She is vice chair of the INTOSAI Development Initiative (IDI) Board, chair of the governing board of the African Region of Supreme Audit Institutions-English Speaking (AFROSAIE) and Grand Officer of the Order of the Rokel(GOOR) award.