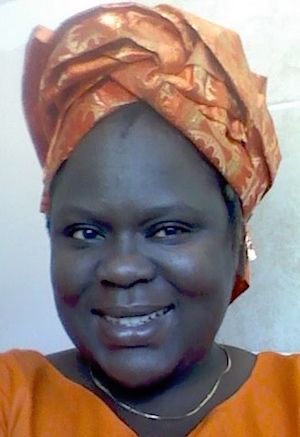 Linda Masarira is passionate about fighting for democracy in Zimbabwe. She’s a strong advocate for human rights, particularly women’s rights, and that advocacy has made her many enemies as well as friends.

Masarira founded the Zimbabwe Women in Politics Alliance (ZWPA). The group addresses issues that others ignore. For example, recently she and other women were detained after they peacefully marched to the Kuwait embassy, demanding the repatriation of women who were used there as sex slaves. In addition to public protests, members of the ZWPA conduct voter and human rights awareness campaigns in the countryside, as well as training programmes so that others can be effective in their efforts.

“I have great passion in fighting for freedom and democracy in my country,” says Masarira, “regardless of the risk that I have encountered along the way. Here in Zimbabwe the government is reluctant to respect fundamental human rights that are enshrined in the new constitution. Hence, I have taken it upon myself to be active in advocating for citizens rights in my country no matter the consequences.”

Mazarira is also an active member of the Zimbabwe Activists Alliance (ZAA). Through ZAA, she has led a campaign calling for the country’s Vice President to vacate a 5-star hotel that he has been staying in together with his family for over a year—using taxpayer money. Again, she was detained and later released. Masarira has vowed to continue with her work:

“As long as there is no respect for human rights in the country, I will keep on advocating for such rights.”