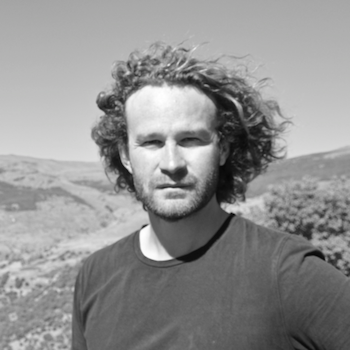 Summary: Belgian Louis de Cordier has changed his life from full-time successful artist to round-the-clock activist for the well-being of humanity and the earth. Now based in Spain, his projects include teaching sustainable farming and beekeeping, unearthing an aeons-old treasury of human knowledge in a now dangerous area of Egypt, and building an underground repository of all that we now know so that it’s safe for future generations.

Profile: Louis de Cordier left his safe and comfortable life as a successful artist in Belgium to pursue a larger, more meaningful life, one that has come to include complex, daunting goals in his concern for the common good of humanity and the planet.

For over 20 years, he’s been working on concerns about the past, the present, and the future. He’s addressing the imminent danger of environmental collapse, recovering a lost treasure of human history, and protecting the knowledge humanity has achieved since the burning of the library of Alexandria.

Since setting out on his quest, he’s worked to unearth an ancient labyrinth in Egypt that Herodotus described it as containing 3000 rooms, all filled with hieroglyphs and paintings made by the ancients as their legacy for humanity. It’s been unseen for millennia. De Cordier went to the site, an area now made extremely dangerous by Islamist militants who recently killed a foreign archeologist there. Using detecting instruments, de Cordier proved that the enormous structure under the sand is not the base of the labyrinth, as others have assumed, but the roof. The entire structure may well be intact, its wisdom waiting to be revealed. He has gone on to negotiate with the government of Egypt to allow a team to excavate this mysterious treasury of wisdom.

Living “off the grid” himself, de Cordier is teaching sustainable organic farming to farmers and ranchers in rural Spain, where he makes his home. He also welcomes artists, scholars, and others from around the world who want to acquire this basic knowledge and live sustainably. Using a solar-powered Internet connection, he coaches others all over the world. A major part of this sustainability work is his program to save bees, the vital pollinators of our food supply.

De Cordier has designed and built the Biblioteca del Sol, a library in Spain’s Sierra Nevada mountains. Thousands of books from cultures all over the world are being preserved there, protected for future generation. Artists and scholars gather at the Biblioteca, many of them staying on to become subsistence farmers. As libraries all over the world digitize content and then discard their books, de Cordier warns that digitized information is often lost as technology changes, making access to old files impossible. Digital files also deteriorate and so can’t be counted on. In the Biblioteca’s under-mountain chambers, actual books are protected from humidity, mold and temperature fluctuations. The above-ground building, designed by de Cordier, has been built to resist avalanches and earthquakes. Because history can guide people away from past mistakes, he describes the Biblioteca as a cultural lifeboat, waiting deep in a mountain to be used by future generations.

When he’s not coaching, exploring, advocating, designing, building or farming, de Cordier is trimming the hooves of horses that work nearby farms, one small way he helps meet his own expenses.