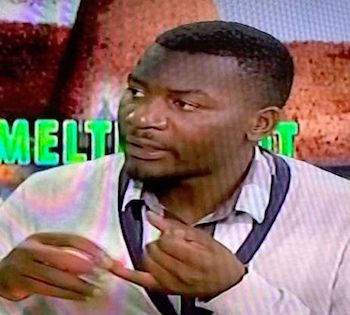 Summary: Makomborero Haruzivishe is a student leader and Secretary General of the Zimbabwe National Students Union (ZINASU); he has long played an active role in advocating for students’ rights, including enhancing learning conditions, reducing tuition, and gaining access to loans and grants. Some of Haruzivishe’s campaigns have challenged the government, and as a result he has been beaten, arrested and detained in the country’s notorious prisons.

Profile: Makomborero Haruzivishe is Secretary General of the Zimbabwe National Students Union (ZINASU). He takes his responsibilities seriously, calling for—among other things—government funding for more modern facilities and infrastructure, the reduction of tuition rates, the granting of more financial aid, and students’ ability to more easily register to vote.

Haruzivishe-led campaigns include the ‘Fees Must Fall’ campaign which saw hundreds of medical students protesting towards the reduction of tuition fees. Academic learning in Zimbabwe is very expensive and many students are struggling to make ends meet. The government stopped offering students loans and grants since 2006 and this has severely contributed towards the negative plight of thousands of students in the country.

Haruzivishe actions go beyond student issues; for instance, he’s called attention to the loss of $15 billion in “diamonds money” under the government’s watch, pinning the blame on Zimbabwe’s president, Robert Mugabe. In a September 3, 2016, article in the Zimbabwean, Haruzivishe said, “The ‘disappearance’ of 15 billion dollars diamonds money is just but one of the major tendencies of Zimbabwe’s pathetic and failed state presided over by thieves [and] robbers masquerading as a president and cabinet. . .. How on earth can a whole government fail to explain or account for money that is four times bigger than the national budget . . .?” Haruzivishe pledged that ZINASU would not let go of this issue and would lead a national day of action across Zimbabwe’s campuses “as a means to ensure that the government takes care of our needs and stops prioritizing corruption over education.”

Of course, actions have consequences. His public statement against government corruption and his organizing and leading campus demonstrations demanding better learning conditions have not exactly made him a friend of the Government.

His “Fees Must Fall” campaign was heavily squashed by the police and resulted in the forceful eviction of scores of students from the campus. In June, 2017, Haruzivishe and a fellow activist were convicted—falsely, according to Haruzivishe—of robbing two women; they were sentenced to 12 months in prison. Three months of the sentence was suspended on condition of good behavior, and the remaining nine months was set aside if each of them performed 315 hours of community service.

Just before his conviction, Haruzivishe had urged government officials to establish registration centers at colleges and universities so that students could register for the following year’s elections. Zimbabwe allows anyone 18 or older to vote, but it’s often difficult for college students to do that. The three main Zimbabwe universities alone comprise over 56,000 students. Haruzivishe’s argument is clear: “There should be a special arrangement that even if a student is at University of Zimbabwe but resides in Mutoko or Chendambuya, he should register at the college but still be able to vote wherever he or she resides.”

Despite the harassment, the intimidation and arrests, Haruzivishe is committed to his cause: “It is my responsibility as a leader to fight for the rights of the students in the country, and the authorities have tried on several occasions to frustrate my efforts through arrests, but that won’t stop me.”