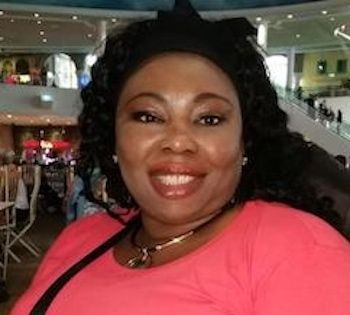 Summary. Despite threats and assaults over 20 years, Marcella Samba Sesay continues to be a forceful voice in the effort to provide justice and equality to Sierra Leone’s citizens, in particular its poor and female citizens. Sesay has formed coalitions and donated her own time and money to ensure that Sierra Leone’s government treats its citizens with respect and gives them the services they need.

Profile. As Executive Directorof theCampaign for Good Governance (CGG) and the Chairperson of National Elections Watch (NEW), Marcella Samba Sesay has been aconsistent,independent voice for the voiceless in Sierra Leone for more than 20years. Her work hasenabled women to achieve their potential by motivating them to acquirebetter educational services,to protect their civil rights, and to becomeactive participants in nation building. Sesay has spent her own money topersonally supportprojects focused on girls and young women.She is a mentor to many youth; the younger generation of Sierra Leoneans see her as an embodiment of hope, justice,and peace.

Sesay has been holding governments to account since 1996. She hascontinually advocated for women to participate in the political process,which, given a male-dominated society, is anoble and sometimes harrowing effort. She has pushed for women to be fairly represented in the government, and she has tried to ensure thatbasic services are delivered to women in deprived communities.

Sesaybecame a compelling and prominent voice in the 2018 elections;she has also come under serious assaults. “People see the truth as an opposition,” she says,“so they label you as part of the opposition party.These attacks are deliberate attemptsto silent voices; the issues that we advocate for arebigger than any social attacks.” Consequently, she has continued tostick her neck out for the general good by constantly serving as an agent of checks and balances to the government. In the pursuit of this cause, she has survived many physical and verbal attacks from supporters of the government and other forces that are strongly against women’s positions that appear to threaten them.

Above all, Sesay believes in the ability of the citizens of her country to improve everyone’s lot: “Sierra Leoneans are the ones that are charged with the responsibility to make Sierra Leone a better place by correcting the wrongs of the past; we have the resources,human and otherwise, to compete in the global stage. What we need is the leadership to take us inthe right direction.”

Sesay’sactivism is hamperedby the sad reality that political parties do not seem able toco-exist in her society, particularly when it comes to fundingsocial programs. This is why she fosters a community mindsetto appreciate one another and coalesce for a government of inclusion. She preaches against corruption, nepotism,and tribalism.

After 20 years, she very much remains a force to be reckoned with in Sierra Leone.