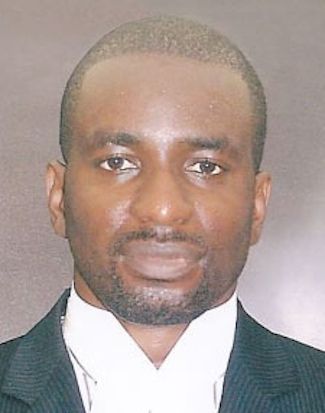 Summary: Melron Nicol-Wilson, a Sierra Leone attorney, represents people who cannot afford legal counsel. Despite threats to his career and even his life, Nicol-Wilson has remained true to his cause. By now he’s won numerous cases and lectured, taught and published all over the world. Many of the causes for which he has been a staunch advocate in Sierra Leone have been taken up by the majority.

Profile: You know you’re making some sort of a difference when your house is pelted by stones.

It was one indication that Sierra Leone attorney Melron Nicol-Wilson’s commitment to provide free legal service for poor people did not sit well with those who thought that representing “miscreants” free of charge would only encourage crime. That was back in 2002. The attack did not deter him from his mission. Quite the contrary: Since then, Nicol-Wilson has continued representing those who, for one reason or another, have been shut out of the legal system and as a result have not received justice.

Nicol-Wilson committed himself as a fighter for human rights while still a University undergraduate, in the days when the human rights concept was a complete novelty in Sierra Leone. He became an attorney in 1998; he holds two Master’s degrees in law as well as other certificates from universities around the world. He has lectured, advised international courts and commissions, taught classes in several law schools, and written handbooks and articles for numerous law journals.

But perhaps his most notable contribution to African justice came in 2001, when he quit his job at the United Nations High Commission for Refugees to establish the nonprofit Lawyers Centre for Legal Assistance—LAWCLA. The organization has grown since then, with branches across the country, but at that time it held forth in a one-room office; its priorities were litigation, transitional justice, juvenile justice, gender research, and advocacy. Its overall goal was to promote and protect human rights for people who couldn’t otherwise afford legal counsel. Nicol-Wilson supported LAWCLA with his own money.

LAWCLA won its first case; a security guard at the Sierra Leone Port Authority had been fired when he refused to take part in a theft orchestrated by his superiors. The man eventually won a redress of $6,000. Since then, both LAWCLA and Nicol-Wilson have been in the news—winning more cases, challenging the majority, advocating for various minorities, including refugees and war-displaced Sierra Leoneans, young victims of child abuse, the elderly, the disabled, and the unemployed. In 2006, the organization celebrated its fifth anniversary by producing a handbook on discriminatory laws against women. One result: Nicol-Wilson accepted an invitation to go on a speaking tour throughout the United States.

Risks have always been part of Nicol-Wilson’s job. He received multiple threats for defending veteran journalist David Tam-Bayoh who was imprisoned after criticising the government of Sierra Leone and being charged by Government bigwigs as an enemy of the state.

Leone where those who bore the greatest responsibilities during Sierra

Leone's decade-long civil war were tried. Committed to seeing that justice was served, Nicol-Wilson was threatened from relatives of the accused persons as well as victims and others. At the same time, Nicol-Wilson went to every prison and police station across the country interviewing detainees and prisoners and providing free legal advice and representation for those who could not afford to pay

Thanks in large part to Melron Nicol-Wilson, what started out as radical thinking in Sierra Leone—representing the poor, women, and others who have been disenfranchised—has made it into the mainstream Nicol-Wilson’s views and actions are now broadly accepted by more traditional political bodies. In March 2017 he was lecturing—pro bono—at the University of Sierra Leone’s department of Peace and Conflict Studies when he was notified that he’d been nominated as Sierra Leone’s new Ombudsman.

From law student to Ombudsman, from rocks hurled at his house to standing ovations at lectures, one statement from Melron Nicol-Wilson has characterized his journey:

“One cannot talk about human rights without the legal means to protect them.”